IRAN: Teacher’s Union Calls on the UN to Investigate on 1988 Massacre 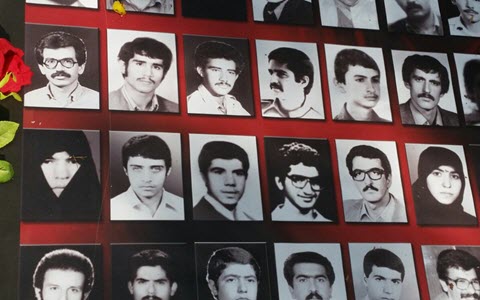 NCRI – On Saturday, August 26, a spokesman for Iranian Teachers Union called on UN Secretary General Antonio Guterres and the UN Special Rapporteur on Human Rights in Iran, Asemeh Jahangir, to investigate the 1988 massacre of 30,000 political prisoners.

In his letter, Seyed Hashem Khastar, a former political prisoner, described the 1988 massacre of political prisoners in Iran as “a deep wound on the body of the humanity and the Iranian society.” He also called on the UN to bring justice to the perpetrators of this crime so this wound heals.

Mr. Khastar writes: “In the summer of 1988, after the defeat in the war with Iraq, the Iranian rulers under Khomeini’s leadership, who from long time ago were planning of eliminate prisoners of conscience and political prisoners, finally took advantage of the situation and executed more than 30,000 political prisoners and buried them in mass graves.”

He added the victims included prisoners across Iran, many either with their jail term finished or only a short time remained. Some of the victims were even serving their life imprisonment sentence.
Mr. Khastar also referred to regime’s repressive measures, stating, “After the anti-monarchy revolution, whose main slogan was freedom, the new rulers created major crises for the Iranians under false pretexts. They intended to curtail the freedom of the people and they did not hesitate to commit any crime. They dissolved all parties and banned publications. Their excuse was to fulfill the commandments of God’s religion, Islam, while religion came for human’s wellbeing and not for the indigence and misery of people.”

At the end of his letter, Khastar added, “Their trial will be a contribution to Iranians to achieve freedom and democracy at a lower cost.”

Member of NCCT: The first patient was identified in late December, but the Government engaged in a cover-up. The Health Ministry statistics are one-twentieth...
Read more
News: Iran Resistance

Lawmakers from Belgium condemned the Iranian regime’s execution of Mostafa Salehi as well as the ongoing human rights violations in Iran, in a letter...
Read more
News