NCRINational Council of Resistance of Iran
EN FR DE IT AR ES AL
HomeUncategorizedIran: The Cause of Bread Crisis
Uncategorized

Iran: The Cause of Bread Crisis 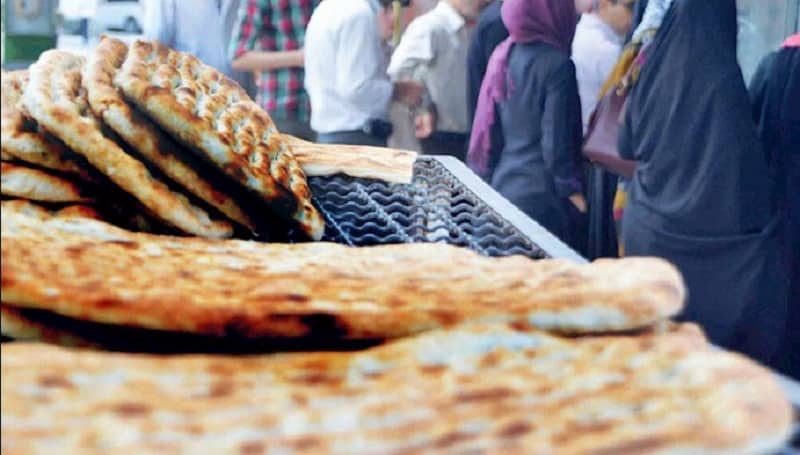 The Iranian regime’s decades of terrorism, warmongering, and corruption have ruined Iran’s economy and people’s lives. While Iranians suffer from poverty, the regime continues plunging its hands deeper into the people’s pockets, even depriving them of basic goods such as bread or rice.

Now, millions of Iranians are unable to purchase basic food items. “It is a tragedy that a deep class gap has been created, and millions of people cannot consume rice, just like meat and poultry,” wrote the state-run Eghtesad-e Pouya on May 5, 2021, quoting Amanollah Qaraie-Moghadam, a sociologist.

Reports from Iran indicate that now bread is being removed from people’s tables due to its high price and scarcity. “There have been rumors about increasing the price of bread, which is the red line of the people. We cannot joke with the people’s bread. Because bread is one of the Iranian people’s main foods, and if this happens, it will surely lead to a social explosion,” Qaraie-Moghadam warned.

Towards the end of 2020, videos from Iran showed long lines of people standing to receive bread. In Iran, the bread price is rising and had become scarce.

“Field research shows the bread price in most of Tehran’s districts has unofficially increased. Citizens in Tehran are protesting bread’s skyrocketing price and its shrinking of size,” wrote the state-run Tejarat news on May 1, 2021.

The regime tries to blame Iranian bakers for increasing prices. But as the state-run media acknowledge, the regime is the real source of bread rising prices and shortage in Iran.

“People are complaining about the sudden rise in the price of bread. On the other hand, bakers are complaining cost of sourdough, insurance, and wages, energy carriers, transportation, detergents, and other bread-making necessities are rising yearly. Yet, the bread prices are never announced on time,” wrote the state-run Eghtesad Saramad on May 15. Thus, it is safe to say that both bakers and people are under pressure.

But are bakers setting the bread price? The state-run media and regime officials have recently acknowledged that bread skyrocketing prices are related to the officials’ decisions.

“A decision was made to increase the price of bread, but we were told not to announce it now, so let me say nothing,” said Bijan Norouz Moghadam, President of the so-called Tehran Bakers Union on May 5, according to the state-run Aftab-e Yazd daily. “We have to wait and see how long after 2019, when the new bread price was announced for the last time, people still have to face the government’s duplicity about bread pricing,” Norouz Moghadam added.

“On the one hand, the country’s market regulation headquarters says that the determination of bread prices is in the hands of the governor. On the other hand, the governor’s office does not take care of the people’s livelihood. This is a sign of irresponsibility,” wrote the state-run Eghtesad Saramad on Saturday, quoting Ali Khezrian, one of the regime’s MPs.

According to the regime’s economists, Iran’s economy is a “planned economy.” Thus, prices in Iran are set by the government, not the business owners.

“Economic management is a pest that has affected Iran’s economy for half a century, and we are accustomed to the procedure of controlling goods with direct pricing. Yet, there comes a time when government-pricing would not work,” said Vahid Shaghagi, Head of Kharazmi School of Economics, according to the state-run Eghtesad-e Pouya on Saturday.

About the bread rising prices, Shaghagi said, “When basic goods become more expensive one after another, bread is no exception to this rule, and its price will increase because the production of bread is facing staggering costs. We should consider the initial price of bread and along with the bread industry, and people’s living costs.”

Shaghagi then warns that “The rising of the bread prices would disrupt people’s lives. With the increase in the price of bread and rice in the country, life will be difficult for the lower deciles of the society, and this will cause irreparable damage to the livelihood of the people.”

Eghtesad-e Pouya underlined on Saturday that “Rising bread prices can endanger people’s lives because bread is one of the main commodities of the people. with rising bread prices, low-income deciles will be destroyed.”

Clearly, regime officials and state-run media are not worried about people’s lives. They are, as Qaraie-Moghadam underlined, worried about a “Social explosion” that could end the regime’s ominous rule.

“We should be afraid of the day when no one will be able to do anything in front of the volcano of anger, grief, and tears, and then it will be too late to find solutions,” wrote the state-run Arman Daily on December 27 in this regard.