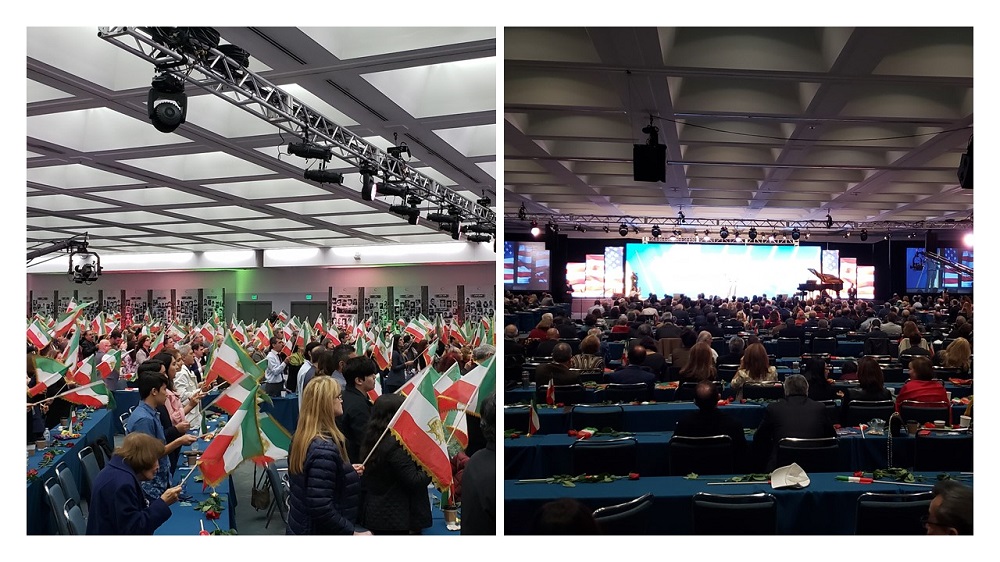 Members of the Iranian American community in California, supporters of the People’s Mojahedin Organization of Iran (PMOI, Mujahedin-e Khalq or MEK) and the National Council of Resistance of Iran (NCRI), held a convention in Los Angeles on Saturday, January 11, in support of the nationwide Iran protests and the Iranian resistance movement, NCRI, and MEK.

Participants and speakers at this event condemned the downing of the Ukraine International Airlines flight PS752 on Wednesday by the regime’s Islamic Revolutionary Guards Corps (IRGC) and once again expressed their support for the Iranian people’s uprising and the MEK’s “Resistance Units.” They also called for the prosecution and accountability of those involved in massacring the Iranian people.

Mrs.  Maryam Rajavi, NCRI’s president-elect, sent a message to the convention. She referred to the IRGC shooting down of the Ukrainian airliner, with 176 victims.  Mrs. Rajavi highlighted that the Iranian regime’s Supreme Leader Ali Khamenei always takes “hard revenge” from the Iranian people and concurrently threatens the MEK members in Albania.

“The Iranian regime has received irreparable blows. Topping them all was the Iran uprising in November. The elimination of the terrorist Quds Force commander, Qassem Soleimani, delivered a crushing blow to the strategy of export of fundamentalism and terrorism,” Mrs. Rajavi said.

“The regime had not had anyone like terror master Soleimani over the past 40 years. Single-handedly, he embodied the depravity and ruthlessness of the mullahs’ regime. All of the regime’s internal factions were united in supporting him,” Mrs. Rajavi added.

“The mullahs’ strategy of exporting reactionism and terrorism due to the uprisings in Iran, Iraq, and Lebanon, is crumbling as we speak,” Mrs. Rajavi continued. “The dawn of a free Iran can now be seen in the relentless uprising and the struggle of resistance units.”

“We seek to establish a democratic, free and progressive Iran based on people’s free choice and suffrage, based on the separation of religion and state, based on pluralism, gender equality, the autonomy of the oppressed ethnic groups, and the abolition of the death penalty. The political groups and parties, Iranian and non-Iranian, who benefit from the continued rule of the mullahs’ regime are reeling over the Soleimani’s termination,” Mrs. Rajavi underlined.

Speakers at this convention described the killing of IRGC Quds Force commander, Qassem Soleimani, as a significant and irreparable blow to the Iranian regime. They called this a major step in speeding up the downfall of the mullahs’ regime in Iran. Qassem Soleimani killed MEK members and played a leading role in oppressing the Iranian people’s protests. He was also in charge of exporting terrorism abroad and an irreplaceable figure in the regime, especially for Khamenei.

Previous articleIran Rises up Protests and Uprising in at Least 17 Provinces so Far
Next articleIran’s Resurgent Resistance: Bipartisan U.S. Delegation Visits the MEK at Ashraf 3