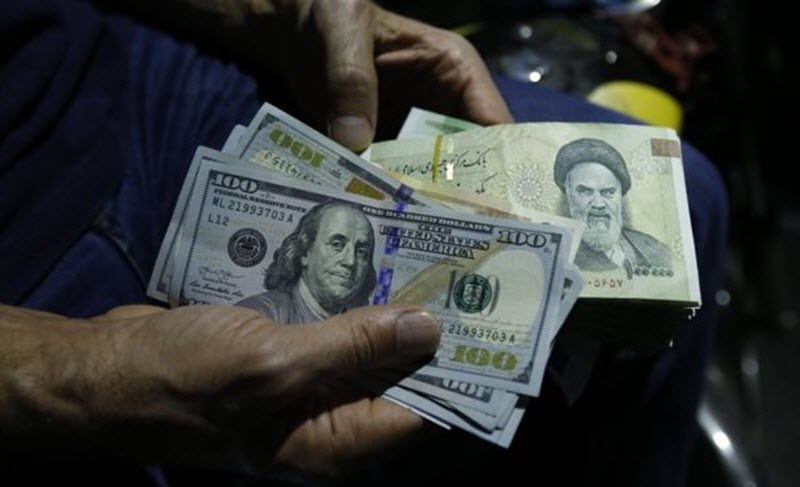 When the United States ended its participation in the 2015 Iran nuclear agreement, the sanctions that were reimposed by the Trump administration to target the “core areas of Iran’s economy” are being called by officials as the strongest ever. In fact, Rich Edson reports from the State Department that the Trump administration’s new sanctions targeting Iran’s economy are the toughest that the regime has ever faced.

Secretary of State Mike Pompeo said, “It is aimed at depriving the regime of the revenues that it uses to spread death and destruction around the world.” He added, “Our ultimate aim is to compel Iran to permanently abandon its well-documented outlaw activities and behave as a normal country.”

The sanctions against Iran that the U.S. once lifted as part of the nuclear deal will be fully restored on Monday. They target Iran’s oil sector, as well as its banking and shipping sectors, and will impact more than “700 individuals, entities, vessels, and aircraft,” according to the administration.

Brian Hook, the U.S. Special Representative for Iran explained, “Our maximum economic pressure campaign is designed to deny Iran the revenue it needs to support terrorism and missile proliferation and to bring them back to the negotiating table so the president can negotiate a much better deal.” Hook continued, “We intend to seek a new deal with Iran that addresses the entire range of Iran’s threats to peace and security.”

According to officials, international businesses have already withdrawn from Iran, anticipating Monday’s sanctions.

Regarding Iran’s currency value, Pompeo said, “The maximum pressure we have imposed has caused the rial to drop dramatically.” Pompeo also maintains that Iranian President Rouhani’s cabinet is in “disarray and the Iranian people are raising their voices even louder against a corrupt and hypocritical regime.”

Officials from the US have pushed other countries to phase out their imports of Iranian oil. However, eight countries have been granted waivers by the US to temporarily import Iranian oil. According to Pompeo, this is because they’ve worked with the administration and reduced their imports. Two countries will fully end their Iranian oil imports, he claimed, and U.S. strategy has already cut nearly 1 million barrels a day in Iranian oil sales. Pompeo announced the waiver decision in a conference call Friday, but did not specify which countries will be exempted or how long the exemptions would last. Bloomberg reported that South Korea, India and Japan are among the exempted countries. These three countries are Iran’s largest exporters, and there are concerns that cutting them off will spike oil prices. On Friday, Turkey’s Energy Ministry announced that Turkey is among the countries that will be given an exemption.

The Republican senator from Florida, Marco Rubio, said “Sanctions waivers being given to key purchasers of Iranian oil, most alarmingly China, give Iran a financial reprieve, and should be eliminated as soon as possible.”

According to Treasury Secretary Steve Mnuchin, the international banking organization, SWIFT, will cut off sanctioned Iranian banks as soon as it’s technically possible. “It is our intent that they cut off designated entities as was done before,” he said.

Senior advisor with the Foundation for the Defense of Democracies, Richard Goldberg, said supporters of the Iran deal have been fighting to keep Iran’s access to SWIFT. “This is the key to long-term sanctions evasion and the ability to withstand sanctions pressure from President Trump,” Goldberg said.

Still honoring the Iran deal are U.S. allies Germany, Great Britain, France and the European Union and are trying to assist companies who want to continue to conduct business with Iran as allowed by the 2015 agreement. However, US officials said that when faced with a choice between the US and Iranian markets, European businesses left Iran.