Recession in Iran unparalleled in past 30 years 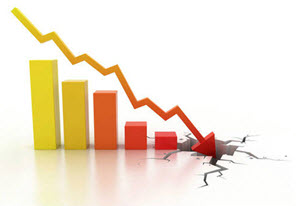 NCRI – A senior official of the Iranian regime’s state Expediency Council has admitted that recession in Iran has reached worrying levels and could trigger a crisis.

Ali Ahmadi, President of the Joint Committee of the Expediency Council, acknowledged that the growth indicator of Iran’s economy in the first half of the current Iranian calendar year (beginning March 21, 2015) had been negative, causing a severe recession to set in.

“In the past 30 years we have never experienced such a recession,” he said in an interview on January 4 with the state-run Fars News Agency. “If urgent action is not taken, the present recession will foment a crisis.”

THE CONTENT OF THIS PAGE WILL BE UPDATED WITH THE LATEST NEWS UPDATE: 10:00 AM CEST Iran: The Staggering Coronavirus Fatalities in 373 Cities Surpassed 86,200 The...
Read more
Statements

The Jahan-e-Sanat daily was shut down after quoting Dr. Mahboubfar, a member of the National Coronavirus Combat Taskforce (NCCT), as saying that the...
Read more
Search