Untold Stories From the 1988 Massacre in Iran 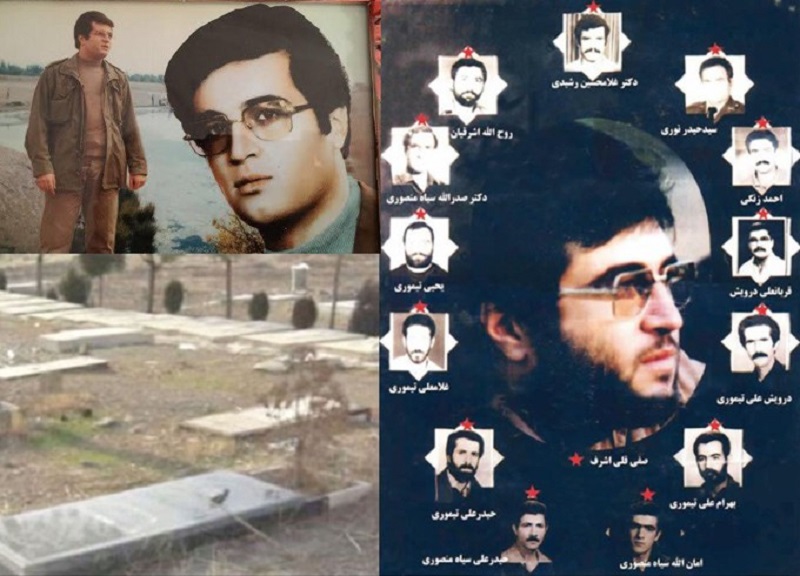 In the 1980s, the mullahs’ regime carried out a lot of executions and torture against opposition groups, especially members of the People’s Mojahedin Organization of Iran (PMOI/MEK) across the country.

One of the most hideous crimes of the regime was the massacre of 1988, in which more than 30,000 political prisoners were executed across the country.

To justify its crime and defame the MEK, the regime executed some people under the pretext of dealing with drug smugglers. The mullahs’ regime intended to hide the political identity of those heroes who sacrificed their lives for freedom and democracy in their beloved country.

Nevertheless, contrary to the regime’s intention, after the 1988 massacre, many people across the country became supporters of the MEK and came to realize the true nature of the barbarous regime of the mullahs ruling Iran.

Sorkh Hesar, a town located between Tehran and Karaj was one of the cities that MEK’s members were hanged in public. Safi Gholi Ashrafi was a religious leader of the Ahl-e Hagh religious minority in Sorkh Hesar.

In 1981, Safi Gholi along with all the Ayyaran’s members, about 80 in Sorkh Hesar, were arrested by the regime.

In late January 1989, for three days the regime, by using trucks with a loudspeaker mounted on them, we’re announcing that they are going to execute a “dangerous gang of drug smugglers” in the coming days.

Later, on January 28, 1989, the regime announced that two drug smugglers would be hanged in public. But before the execution, the intelligence service agents announced the charges for the two who were going to be hanged was “acting against national security.”

On the same day, heavily armed Revolutionary Guards, police officers, and intelligence agents took up positions and installed DShK Heavy Machine Guns on rooftops in streets heading to the Sorkh Hesar football field. Many other plainclothes agents were sent to the scene.

The two were Safi-Gholi Ashrafi and Rouhollah Ashrafian. They were hanged in public in a football field in Sorkh Hesar in front of their families and relatives, and people of the town.

Safi-Gholi was executed in the same field which he had already constructed, with the support of local people. (His photo is from the same spot where he was later executed.)

Dr. Gholam-Hossein Rashidi, another member of the Ayyaran group, was executed by the regime’s firing squads in 1983. The mullahs’ regime had offered him the post of Health Minister in exchange for abandoning his cause and beliefs. But Dr. Rashidi refused because of his passion and enthusiasm for the ideals of freedom and democracy for his dear people. Dr. Rashidi had treated several wounded MEK supporters and members who were injured during the regime’s brutal crackdown on the large protest of MEK on June 20, 1981, in Tehran.

Prof. Sadrollah Siahmansouri was another member of Ayyaran. He was a genetics professor. His scientific research and books are still being used in Iran’s universities, without mentioning his name. The mullahs’ regime also offered Prof. Sadrollah the position of the health minister, but like Dr. Rashidi, he refused the offer.

In another case, while Ahmad Zangi, another Ayyaran member was being hanged, he was asked about his last request. He responded that he has a last request. The regime’s agents thought he is going to abandon his cause and save his life. Ahmad Zangi laughed and told them: “I am a MEK member, I am not a smuggler, I am hungry, and I need a sandwich”.

Another Ayyaran member was Heidar-Ali Siahmansouri. When his family told him that his friends and compatriots were hanged, he told them, “Make a sacrifice (a Muslim tradition where a sheep is sacrificed to make a wish or thank God). His family made the sacrifice as he had requested. On January 30, 1989, he was hanged by the regime in prison. 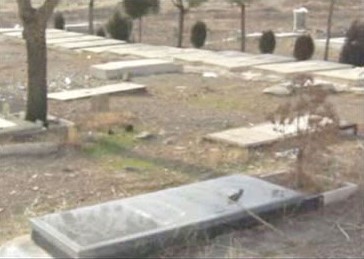 The graves of Ayyaran members, located in Beheshte Sakineh Cemetery in Karaj. They have been buried in the same row.

This was a small part of the heroic history of Ayyaran that reflects honor, dignity, and endurance on the one hand and the savagery and tyranny of the mullahs on the other.

In the summer of 1988, over 30,000 political prisoners were savagely executed by the mullah’s regime. In the past 30 years, the world has kept silent regarding the 1988 massacre, and the regime officials who perpetrated the crime are still in power. in 2016, Mrs. Maryam Rajavi, the President-elect of the NCRI called for a justice movement to reveal the atrocities of the regime and asked the International community to hold the perpetrators of this crime against humanity accountable and bring them to justice. She organized a widespread campaign to bring justice to the most heinous crime in the modern history of Iran. It is time for the world to bring the criminals ruling in Iran to justice and hold them accountable for the crimes they have committed in the past 40 years.