NCRINational Council of Resistance of Iran
EN FR DE IT AR ES AL
HomeBlogAli Safavi in Townhall: The Long Shadow of Iran's Terror Over Its...
BlogOp-ed

Ali Safavi in Townhall: The Long Shadow of Iran’s Terror Over Its Diplomacy 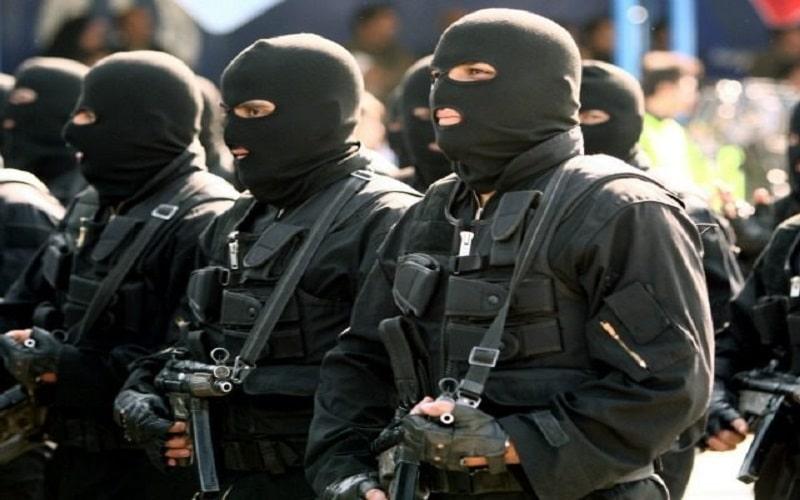 “In dozens of countries, Tehran’s diplomatic missions have become safe heavens for terrorists. But after four decades, November 27 of this year will be the very first time that one of the regime’s ‘diplomats’ will be tried on terrorism charges in Europe,” wrote Ali Safavi, a member of NCRI’s Foreign Affairs Committee in Townhall. He highlighted the file of the Iranian diplomat terrorist Assadollah Assadi and the terrorism strategy of the Iran’s regime in his article.

The full text is below:

The famed Japanese writer, Haruki Murakami, once wrote: “No matter how far you travel, you can never get away from yourself. It’s like your shadow. It follows you everywhere.”

How true when it comes to the Iranian regime. No matter how far it travels in the world, it can never get away from its core nature: terror. Today, its embassies, notional symbols of diplomacy, cannot get away from the shadow of its inherent terrorism.

On both sides of the Atlantic, European and American officials often present contrasting visions on how to prevent the Iranian regime from obtaining a nuclear bomb. But differences should vanish when it comes to Tehran’s terrorism.

In dozens of countries, Tehran’s diplomatic missions have become safe heavens for terrorists. But after four decades, November 27 of this year will be the very first time that one of the regime’s “diplomats” will be tried on terrorism charges in Europe.

But before addressing that sensational story, let’s set the context first. The West, and especially Europe, has always fantasized about the Iranian regime’s diplomatic “potential.” But in actuality, it has only witnessed Tehran’s terror, mostly on its own soil. While Europe holds on to its delusional equanimity, its eyes capture the nightmare in reality.

Europe’s dreams for diplomacy are rooted in its history. In 1961, the Vienna Convention on Diplomatic Relations was born; a treaty that defines the context of diplomatic relations among states. The “diplomatic mission” is somewhat of a sacred concept, outlining that diplomats should perform their duties without fear of harassment by the host country.

Vienna, the city that produced Mozart’s musical harmony, became a place where the world agreed to political harmony.

Who can oppose such a vision? Well, the rogue regime of Iran, of course. Ironically, it was in Vienna that the regime decided to express its deep-seated contempt for the Vienna Convention by stationing there one of its most notorious terrorist masterminds, Assadollah Assadi.

In 2018, Assadi, ostensibly a “diplomat” a third counselor at Iran’s embassy in Vienna, used his diplomatic pouch to deliver an explosive from Tehran’s airport to Austria. He then hand-delivered the 500 grams of explosives, known as TATP, to a sleeper cell. Their mission: to set off the bomb at a 100,000-strong gathering of opponents of the Iranian regime near Paris.

If the plot was not foiled at the very last minute by German, Belgian, and French law enforcement agencies, there is no telling what the consequences would have been.

The regime knew the consequences: thousands dead and injured, including many high-profile former U.S. and European officials who spoke at the “Free Iran” gathering as well as innocent men, women and children participating in the rally. In fact, it had threatened the organizers, supporters of the main opposition Mujahedin-e Khalq (MEK), months earlier.

When massive uprisings broke out in Iran in January 2018, the regime’s supreme leader, Ali Khamenei, blamed the MEK for organizing the protests and said “this work will not remain without consequences.” The secretary of the Supreme National Security Council (SNSC), Ali Shamkhani, quickly warned the MEK that it “will get the appropriate response in a way that they cannot imagine.”

The SNSC is the highest decision-maker in security affairs chaired by the regime’s president Hassan Rouhani. His foreign minister Java Zarif is a permanent member. The body decided to carry out the 2018 Paris bombing, a decision later approved by Khamenei.

Assadi will be on trial for terrorism on November 27, a first in European modern diplomatic history. But it was not the first time the regime had plotted or committed terrorism in Europe: Tehran’s embassies were directly involved in a foiled car bomb plot in Albania in March 2018; the killing of Kurdish opponents in Vienna in 1989; the cold-blooded assassination of a distinguished academic and diplomat, Dr. Kazem Rajavi, near Geneva in 1990, and the killings of dissidents at the Mykonos Restaurant in Berlin, Germany, in 1992, and Mohammad Hossein Naghdi, the NCRI representative in Rome in 1993 among others.

Regarding the Mykonos killings in Berlin, the New York Times reported: “Germany requested the removal of the Iranian ambassador [Seyed Hossein Mousavian] and 14 employees in the embassy’s intelligence section.” Astonishingly, that former “ambassador” is now “a visiting research scholar” at Princeton University in the U.S.

Since the Iran nuclear deal was signed in 2015, the mullahs have clearly escalated their terrorist plots in Europe, forcing even the feckless Europeans to expel at least seven “diplomats.”

Regardless of trans-Atlantic views on the existing Iran nuclear deal, one thing is clear: relying on Tehran’s diplomacy is a fool’s errand. Tehran’s embassies have become nerve centers for its terrorism. Many have argued for these embassies’ closure and the expulsion of Iranian agents to prevent more European deaths.

Europe, whose citizens have been most affected, should lead the charge and forge a united front with the U.S. to enact a firmer policy that addresses Tehran’s terrorism. The sooner it realizes this the more lives it can save.

My commentary on The Long Shadow of #Iran's Terror Over Its Diplomacy https://t.co/l6EiIaeKHZ @NCRIUS @statedeptspox @iran_policy #NoImpunity4Mullahs pic.twitter.com/jpX2o8d7cL

Previous articleIran News in Brief – November 3, 2020
Next articleRegime Parliament Adopts the “First Urgency” of the Plan for 20 Percent Enrichment and Increase in Uranium Stockpile