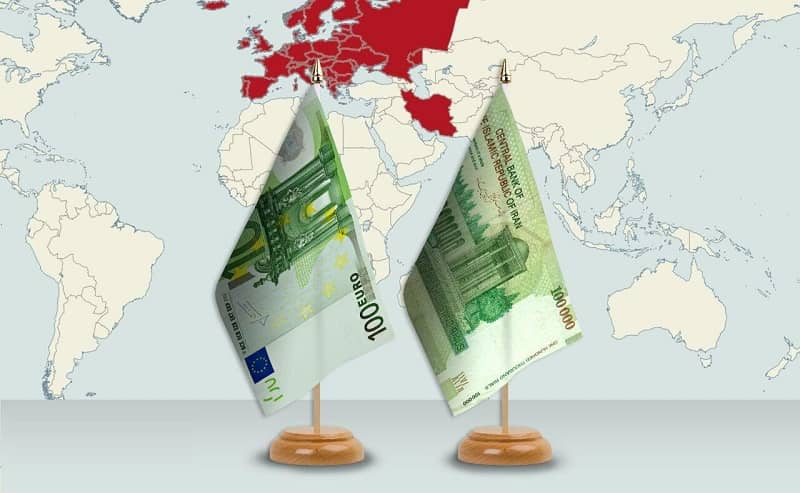 As we await the verdict on 4th February, following the trial in Antwerp of the Iranian diplomat and his three co-conspirators, we have had time to reflect on the history of decades of appeasement by the EU. We now know that the so-called diplomat, Assadollah Assadi, is in fact a senior agent of the Iranian regime’s sinister Ministry of Intelligence and Security (MOIS). He used the cover of being a diplomat in the Iranian embassy in Vienna to enable him to plan a terrorist bomb attack that would have caused carnage on European soil, potentially killing hundreds of men, women and children, including many prominent European and international politicians.

Evidence from the Belgian prosecutor showed how Assadi had allegedly brought the professionally assembled 550 gm TATP bomb on a commercial flight to Vienna from Tehran in his diplomatic bag and passed it, together with an envelope containing €22,000, to two co-conspirators. The court was told that Assadi had instructed them how to prime and detonate the device. A third co-conspirator was posted at the Villepinte rally as a lookout. All four now face long terms of imprisonment.

Assadollah Assadi also faces further terrorist charges in Germany. When he was arrested in Bavaria by German police, they found a notebook in his car which contained details of the bomb plot and the money paid to his co-conspirators. It also contained information about 289 visits Assadi had made to different countries, 144 of which were to meetings in Germany, indicating that Assadi was supervising terrorist activities across the EU and Germany was clearly the epicentre of the Iranian regime’s European spy network. It is clear that Assadi was the terrorist chief in the EU and spent his time, under instructions from Tehran, planning bomb outrages and assassinations across Europe.

There is no doubt Assadi’s terrorist plot was ordered from the highest echelons of the regime, including the Supreme Leader Ayatollah Ali Khamenei, the president Hassan Rouhani, the foreign Minister Javad Zarif and the Minister for Intelligence Mahmoud Alavi. The EU should be holding all of them to account. But there has been a deafening silence from Brussels. Indeed, Europe’s top diplomat, the high representative for foreign affairs and security Josep Borrell, has typically said nothing. Not a word. We shouldn’t be surprised. The first country that Borrell visited within days of taking office in December 2019 was Iran, where he met president Rouhani and foreign minister Zarif. Borrell pledged to “preserve” the deeply flawed nuclear deal which President Trump had unilaterally withdrawn America from, promising that Iran would “benefit economically from sanctions lifting.”

It was the same old EU refrain. Not a mention of the rampant human rights abuse and escalating number of executions taking place inside the repressive regime. Not a mention of their warmongering in Syria, Yemen, Iraq and Lebanon. Not a mention of the massacre of over 30,000 political prisoners in 1988, now the subject of a UN special inquiry. Not a mention of the 1,500 unarmed protesters who had been gunned down by the Islamic Revolutionary Guards Corps (IRGC), the regime’s Gestapo, in the nationwide uprising which had erupted in every town and city in Iran. The promise of an end to sanctions, so that EU businesses could re-open trade with the theocratic regime, was the message conveyed by Borrell. His signal to the mullahs was clear; for the EU, trade matters, while human rights don’t.

Even as the Iranian diplomat awaits his sentence for terrorism, Borrell announced that the EU had agreed to finance a 3-day online business forum with Iran, at which both he and Zarif would make keynote speeches. In fact, the conference, which had been due to start on 13th December, was postponed at the last minute after the theocratic regime hanged yet another former European resident on the preceding weekend. Borrell’s willingness to participate in such an event demonstrated clearly his wretched appeasement of this pariah regime.

Borrell may be a new singer, but this is an old song, which, as a former MEP, I am very familiar with. From 1999 to 2009, Javier Solana occupied the EU’s top diplomatic role. He kow-towed to the mullahs on his frequent visits to Tehran. Solana’s disastrous term in office was followed by two further equally ignominious high representatives. The completely inept Baroness Catherine Ashton held the post from 2009 to 2014. She was succeeded by the Italian socialist Federica Mogherini, who wore the headscarf when visiting Tehran and posed for selfies with the mullahs. Both reinforced the EU’s failed policy of appeasement. In doing so they sent a catastrophically wrong signal to Tehran. By offering concession after concession, the West played into the mullahs’ hands, emboldening the clerics to continue their path of defiance and terror.

The trial of the Iranian diplomat Assadollah Assadi is simply the tip of a massive terrorist iceberg. The theocratic regime has used its embassies as terror cells and bomb factories for decades, perpetrating bomb attacks, murders and kidnappings around the world. Now that one of their top agents has been caught red-handed, this must surely be a signal to the west that appeasement has failed? President Biden and his Secretary of State Tony Blinken, should think again about re-opening negotiations with this pariah regime. The US, EU and UN must begin a new policy of backing the oppressed Iranian people and not their tyrannical rulers.

As High Representative for Foreign Affairs & Security, Josep Borrell has a duty to protect the lives of EU citizens. His grovelling acquiescence to the theocratic fascist regime in Tehran puts the lives of our citizens at risk. Decades of appeasement must end and the ISJ (International Committee In Search of Justice) will not rest until the guilty are called to account. Borrell’s silence is no longer acceptable. The EU must immediately list the IRGC as a terrorist organisation. It must expel all of Iran’s agents and spies from Europe, and it must close down Iranian embassies until we get a cast-iron guarantee that they will no longer be used for terrorist purposes. On 4th February, when the verdict on the terrorist-diplomat is pronounced, the eyes of the world will be on Josep Borrell. 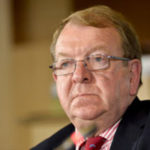