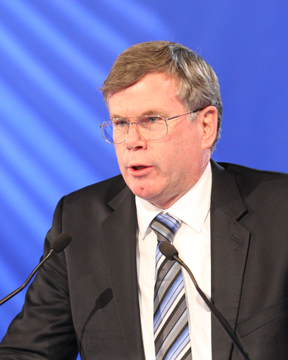 Retired U.S. Army Col. Wes Martin, an adjunct faculty member in the criminal justice program at the University of Pittsburgh at Bradford, testified via live remote this week before the Canadian House of Commons’ Subcommittee on International Human Rights.

Martin testified on the Sept. 1, 2013, massacre of 52 Iranian resistance fighters at a former military base in Iraq. As a former commander of the base, Camp Ashraf, and as the former senior officer responsible for preventing acts of terrorism in Iraq, Martin told the subcommittee that he believed the attack had to have been perpetrated by the American-trained Iraqi government.

Martin argued that because of the camp’s remote location, Iraqi watchtowers would see any incoming forces. The formations used by the attackers were those taught to the Iraqi government of Nuri al-Maliki, prime minister of Iraq since the end of the Iraqi Transitional Government, he said. He noted that the attackers came and went in the direction of a nearby Iraqi compound.

He also testified on conditions for 2,900 former residents of Camp Ashraf whom the United Nations moved to another former military base, Camp Liberty, in 2012.

“Scores have already died from the rocket attacks,” he told the subcommittee. “Others have died while being denied access to timely medical support.”