Written by The Editorial Board
27th December 2021 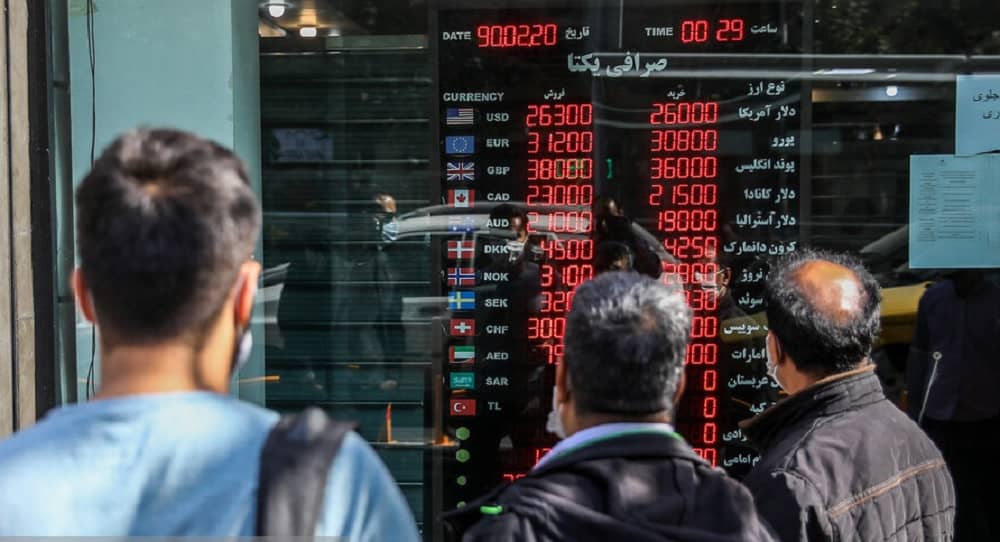 John Maynard Keynes, a renowned economist, once said, “There is no subtler, no surer means of overturning the existing basis of society than to debauch the currency. The process engages all the hidden forces of economic law on the side of destruction and does it in a manner which not one man in a million can diagnose.”

The government of Ebrahim Raisi has decided to remove the official exchange rate of 42,000 rials to a dollar. This decision comes at a time when Iran’s national currency has plunged to a near all-time low of 305,000 rials to a dollar, and many economists the move as “playing with fire.”

However, Iran’s state media and officials had protested the cheap government dollars, complaining that it had led to large-scale corruption and, in fact, increased the inflation rate.

According to Ahmad Tavakoli, a former MP, Rouhani’s government “under the pretext of correcting prices, we wasted $65 million of the national reserves, plus selling all available currency.”

“In 2019 alone, around $15 billion [based on the official exchange rate] was spent on importing various items,” wrote Fars News Agency on November 7, 2021. “Besides all this fuss, Rouhani’s government was virtually incapable of controlling prices. Surveys show that based on the free-market exchange rate in that year, the importers embezzled around 5.1 quadrillion rials.”

Since Rouhani’s government had a huge budget deficit, it had to resort to printing banknotes to keep the official exchange rate. As a result, Iran’s liquidity quickly grew, and since Iran had a low production rate, this liquidity caused inflation and skyrocketing prices.

The fundamental reason for Iran’s national currency’s rapid plunge is the destruction of the country’s production in the last four decades. Hundreds of factories and thousands of workshops have stopped working. The regime has filled the production gap with imports and smuggling, thus wrecking the foundation of Iran’s economy. The regime needs mass currency for mass imports, which explains why it spends most of the country’s currency on imports.

Now Raisi’s government is trying to remove the official exchange rate under the pretext of combatting corruption. The real motive, however, is to dig deeper into people’s pockets.

“The annual imports of the country are over 400 billion rials. While the removal of the official exchange rate will help increase government revenue and reduce the budget deficit, the prices of imported goods, including basic goods, intermediaries, and capital, will soar,” Mohammad Lahouti, President of the Export Confederation of Iran told the state-run Jahan-e Sanat daily on December 25.

“With the removal of the exchange rate of 42,000 rials, the cost of importing wheat will increase. In this case, a heavy subsidy must be paid to the bakers. Otherwise, we must accept a sharp increase in the price of bread,” said Abdolnasser Hemmati, the former Central Bank Chief, according to the state-run Tejarat News on November 10.

Bahram Eynollahi, the regime’s current Health Minister, was quoted by the state-run Entekhbat news agency on November 9 as saying that if implemented, this plan would “increase the prices of medicines. This would be devastating for those who regularly use medications. They will have to auction their entire possessions to purchase medicine,” said

“One of governments institutions recently provided some statistics which showed prices of goods increased by 190% based on the official exchange rate of 42000 rials to a dollar. On the other hand, the prices of goods that were imported without using the official exchange rate increased by 400%,” wrote the state-run Madrom Salarie daily on December 21.

“Well, with these conditions, now the government has decided to eliminate the official exchange rate. Naturally, prices will unbelievably skyrocket. Would 60 million people, who, according to the Statistics Center and the Central Bank, live below the poverty line and have a monthly income of fewer than 110 million rials, afford this situation?” Mardom Salarie asked.

The removal of the official exchange rate, will undoubtedly add to people’s economic woes and worsen the country’s financial crunch. Every day, people from all walks of life hold rallies, demanding their basic rights, back pay, and protesting against the dire living conditions.

At least four large-scale protests have erupted in Iran since the beginning of 2021. Two years after the November 2019, major uprising, these protests demonstrated the outpouring of decades of vented anger and frustration by Iranians over the regime’s disastrous policies and bespeak of the society’s explosive state and the possibility of another uprising. The state-run media have admitted as much. “If Iranians find out they will face the tsunami of skyrocketing prices and their purchasing power decreases in 2022, God knows how they would react,” warned Jahan-e Sanat daily on December 20,

The removal of the official exchange rate makes it abundantly clear that the regime is neither willing nor capable of addressing the fundamental crises gripping the Iranian society. The mullahs in Tehran need every penny to fuel their machinery of suppression, terrorism, and war to preserve their fragile grip on power. The plight of the Iranian people is of no concern to them whatsoever.

EDITORIAL: The Not So Subtle Message of an Iranian Henchman’s Testimony in Court