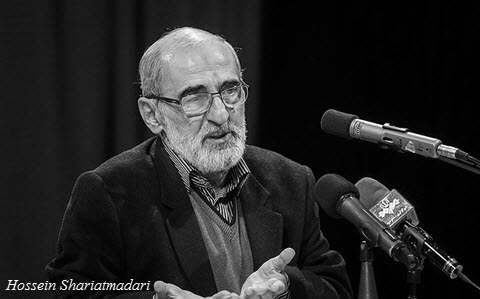 NCRI – Hossein Shariatmadari, representative of Iranian Supreme Leader Ali Khamenei in Kayhan daily, questioned Hassan Rouhani’s credibility as president for rallying votes for himself during the sham election by saying 38 years of execution and prison has been ruling the mullahs’ regime.

He accused all of the state and Khomeini (former Iranian regime founder) to crimes, he added.

“He has been a senior security official of our country in the past 38 years. Therefore, if his claim is true, it is obvious that he himself is also accused of crimes, and it’s surprising that despite this claim he actually legitimizes his presidency. Can he please explain?! You, gentlemen, were witness to how his remarks were welcomed by the enemy and terrorist groups because Rouhani said what they had said for the past 38 years. Even BBC described it as unexpected…

“Members of Rouhani’s cabinet and other clerics who began supporting him, why are you silent and acting indifferent? Your silence in the face of insults to the establishment and Khomeini is unacceptable. You must demand from Rouhani to apologize,” he said.

Hossein Abdullahpoor, Khamenei’s representative in IRGC said, “Some people do anything for votes, question our support for Syria, even oppose executing the (PMOI/MEK) and continue their efforts against the establishment. They have continued their all-out support for the sedition and even violated some of the issues Khamenei had banned them from.”