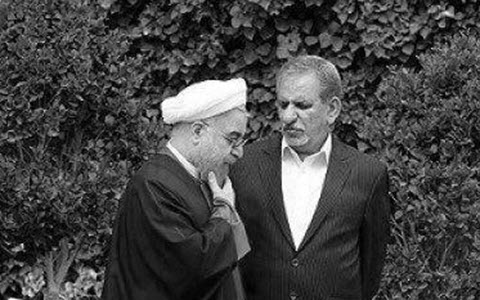 Britain’s Sunday Telegraph in an editorial on May 21 accused the Iranian regime of acting as a “rogue state”. The leading article pointed to the regime’s human rights abuses and pursuit of terrorism.

The editorial furthermore brought up the issue of the 1988 massacre of political prisoners in Iran.

The following is the full text of the editorial:

Iran is still a rogue state

The re-election of President Hassan Rouhani changes nothing. Iran remains an impoverished dictatorship governed by a theocratic elite. The illusion of pluralism was given by the candidacy of hardliner Ebrahim Raisi, who in the late Eighties allegedly sat on a commission that approved the execution of thousands of political prisoners. Mr Raisi favoured a tougher stance towards the West, it was claimed, but Mr Rouhani’s own diplomatic efforts can only have been possible because the clerics approve of them – so the contest of ideas was moot from the start.

Moreover, the notion that Iran is reaching out to the outside world is risible. It wants money and investment, of course. But one reason why Saudi Arabia has put on such a warm welcome for Donald Trump is that it wants America’s backing to resist the Iranian-backed insurgents in Yemen. Iran dreams of a Shia sphere of influence. It has helped undermine the fledgling democracy in Iraq; it has helped prop up the murderous Bashar al-Assad in Syria and has financed terrorism against Israel.

Barack Obama turned a blind eye to much of this in order to pursue his grand dream of a nuclear deal. The jury is out on its success, but the signs are not good. Iran stands accused of test-firing ballistic missiles, breaching the spirit of the agreement if not its precise language, something the White House has dubbed a “violation”. Moreover, the deal has altered nothing for dissidents, religious minorities and those Iranians who simply want to lead a normal life. Iran remains a threat to the world and to its own people, and the West should never regard it as normal or treat it as anything but the rogue state that it is.