NCRI – Activists of the Iranian opposition in various Iranian cities have launched a daring campaign to show the world the extent to which the people of Iran support the Iranian Resistance’s annual Iran Freedom rally in Paris.

Supporters of the People’s Mojahedin Organization of Iran (PMOI or MEK) have filmed and photographed themselves holding up photographs of Iranian Resistance President-elect Mrs Maryam Rajavi and slogans in support of the ‘Free Iran’ rally. 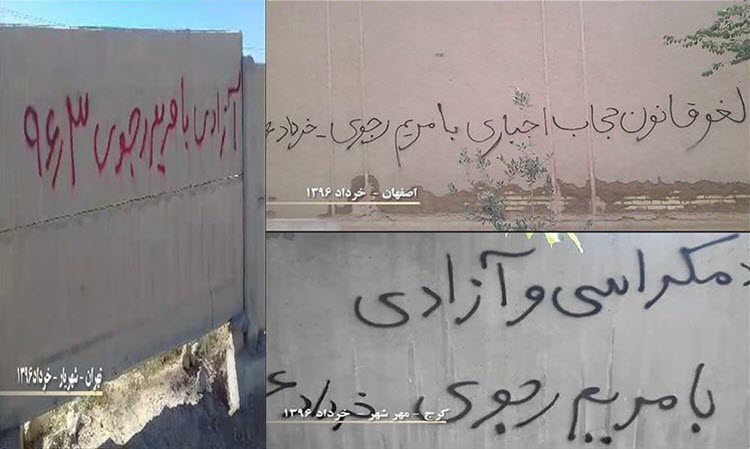 The Free Iran rally will be held this year on July 1 in Paris. Each year tens of thousands of Iranians and their international supporters gather to show their support for democracy, freedom and human rights in Iran.

Previous articleAt the Interfaith Solidarity Against Extremism Gathering
Next articleSaudi Officials: We Are Concerned of Iran’s Belligerence in the Middle East

NCRI - The fall of the regime in Iran is very near, according to a Saudi Arabian daily ‘Asharq al-Awsat’ in an article written...
Read more
Free Iran 2017

The Washington Times has published a special report concerning the grand gathering of the Iranian resistance in Paris - France which took place on...
Read more
Free Iran 2017

NCRI - The perpetrators of the 1988 massacre of some 30,000 political prisoners in Iran will soon be held accountable for their crimes against...
Read more
Search