NCRINational Council of Resistance of Iran
EN FR DE IT AR ES AL
HomeStatementsHow Do Mullahs Operate in Albania After the Expulsion of Two of...
StatementsStatements: Terrorism & Fundamentalism 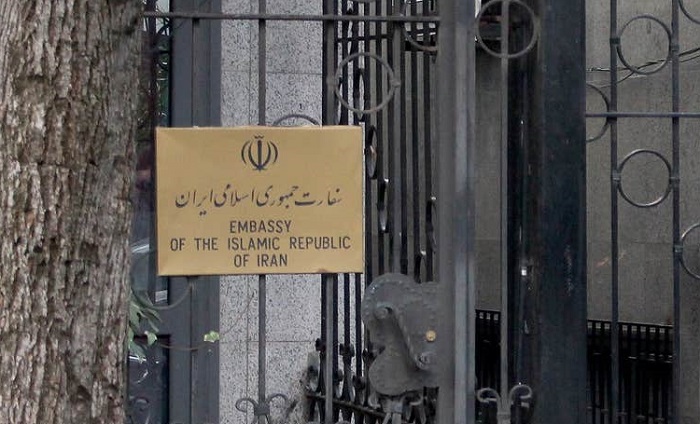 After the Government of Albania expelled Mohammad Ali ArzPeyma and Ahmad Hosseini Elsat, two more clerical regime’s diplomat-terrorists, in January 2020, and exerted greater vigilance regarding the activities of the mullahs’ embassy, the regime’s Ministry of Intelligence and Security (MOIS) and the terrorist Quds Forces are carrying out their activities and communications with their agents indirectly from Tehran, the Balkan and Western European countries.

Massoud Khodabandeh and his wife Anne Singleton, the notorious London-based MOIS agents, are two who are in daily contact with several MOIS local agents in Albania, including Gjergji Thanasi and Olsi Jazexhi. Thanasi and Jazexhi are in direct contact with MEK defectors recruited by the MOIS, including Hassan Heyrani. The local operatives hang out at a café in the Fresco area of ​​Tirana, where they coordinate their espionage activities. Heyrani, who runs the Café, also pays the rent and other costs involved.

The MOIS is organizing its mercenaries through two defectors, Hassan Heyrani and Gholamreza Shekari, who are posing as “former members” or “separated members” of the MEK. Another operative, Ehsan Bidi, who was exposed by the NCRI’s Security and Counterterrorism Committee, has been placed under house arrest in a closed camp since August 2019. During this period, he received money and resources through other regime agents.

From time to time, the MOIS deposits money into the accounts of intermediaries in Albania, and they deliver the funds in cash to Heyrani and Shekari to be distributed among other operatives. Sending money directly from inside Iran is another way of providing money to these mercenaries. For example, on several occasions, Maria Shekari, Gholamreza Shekari’s sister, an intelligence affiliate in Kermanshah, transferred money to her brother’s account in Albania, and he distributed the money among other mercenaries according to the list.

At the same time, these mercenaries have been put in contact with other MOIS agents in other European countries to participate in coordinated attempts to demonize the MEK and to justify terrorist activities. Some of those agents include Khodabandeh, Singleton, Mohammad Karami, Mohammad Hossein Sobhani, Ghorban_Ali Hosseinnejad, Ali-Akbar Rastgoo, Reza Jebli, and Davood Baghervand. In collaboration with Heyrani, Sobhani publishes articles under the name of “ex-members” on the website of the Ministry of Intelligence affiliated website, called “the Nejat Association.”

The NCRI’s Security and Counterterrorism Committee reiterates the need to prosecute and expel the intelligence and IRGC agents from Europe, and to implement the April 29, 1997 decision of the Council of Ministers of the European Union.