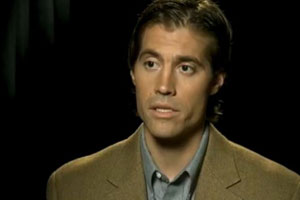 NCRI – The Foreign Affairs Committee of the National Council of Resistance of Iran (NCRI) condemns the brutal, outrageous and abhorrent killing of the American journalist James Foley by the ISIS terrorist group and expresses its condolences and sympathy to his family members.

This anti-Islamic and inhumane act that has tarnished the dignity of contemporary humanity, more than ever underscores the need for a firm regional and international policy against the extremism and fundamentalism under the cover of religion.

Terrorism and fundamentalism under the name of Islam is an ominous phenomenon which has turned to a global threat in contemporary history since the inception of the rule of the religious fascism in Iran and will not be uprooted as long as this regime is in power.

Major crimes by the Iranian regime’s Revolutionary Guards Corp (IRGC) and its affiliated terrorists in Iraq and Syria, and the massacres of the people in both these countries allowed for the growth of groups such as ISIS, who have diverted the people’s resistance against dictatorship to the benefit of Iranian regime’s Supreme Leader Ali Khamenei and Bashar al-Assad.

The eviction of the Iranian regime from the countries of the region, particularly from Iraq, Syria and Lebanon, is indispensable to ending such terror and horror in the Middle East and the world.

Foreign Affairs Committee of the National Council of Resistance of Iran
August 21, 2014