Iran: Arrest of Families and Supporters of the MEK and Issuing Death Sentence in Fear of the Uprising 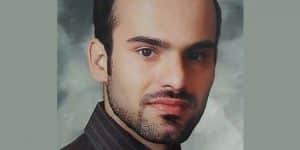 In a criminal sentence, the clerical regime has sentenced the political prisoner Hamed Qarah Oghlani to death and 13 years and three months in prison. The death sentence is for “membership in the Mojahedin-e Khalq (MEK)” and 13 years and three months in prison for “participating in taking military lessons, attacking Basij bases, propaganda against the state, blasphemy, and insulting” Khamenei. Hamed, who suffers from epilepsy, was arrested by the Ministry of Intelligence in June and transferred to Urmia Prison a few weeks later.

Meanwhile, many MEK supporters and families arrested on the anniversary of the November uprising are still in prison. Their arrests were prompted by the regime’s fear of the outbreak of popular protests.

During her speech at the transatlantic summit on September 18, Mrs. Maryam Rajavi, the President-elect of the National Council of Resistance of Iran (NCRI), paid tribute to Navid Afkari, the martyr of the uprising, and said: “Khamenei will continue to ravage the nation as his regime’s survival depends on murder and suppression. If Khamenei were to stop executions, he would lose control of the situation, and uprisings simmering in the depths of Iranian society would erupt and overthrow the mullahs’ religious fascism.”

The Iranian Resistance urges the United Nations and all human rights organizations to take urgent action to overturn the death sentence of Hamed Qarah Oghlani and secure the release of all political prisoners, especially in the wake of the Coronavirus outbreak. It also reiterates the need to establish an international commission of inquiry to visit Iran’s prisons and meet with the prisoners, especially political prisoners.