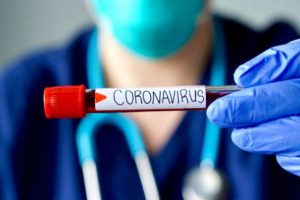 Regime Health Ministry: The number of patients in the last 24 hours was 2102, the highest in 40 days.

· Amid Coronavirus crisis, in fear of the people’s uprising, arrests of youth, students and supporters of the MEK and their families, and lengthy prison sentences for political prisoners continue.

· Maryam Rajavi again urged international delegations to visit Iran’s prisons and called on the Special Rapporteur on the Situation of Human Rights in Iran to meet with the political prisoners.

Gholamreza Shariati, the governor of Khuzestan, told Borna news agency today, “Coronavirus hospitalizations in Khuzestan have increased by 60%, while the number of outpatients has increased three folds.”

Today, Qassem Saedi, a regime parliament deputy from Dashte Azadeghan, told the IRGC affiliated news agency, Fars, “The situation regarding those infected with the virus in Khuzestan is very critical. A quarter of the patients in the country belong to Khuzestan. Unfortunately, the Health Ministry has made hollow promises to aid the Province, and we have not yet seen any practical actions. We even do not have the fabric (to produce masks), and the government is not supplying it. This is how much the people of Khuzestan are in difficulty.”

Mehr official state news agency wrote today, “Khuzestan has climbed to second place in the Coronavirus epidemic table from the bottom… It seems that it is aiming to take first place.” “In Khuzestan Province, the water shortage has added to the problem,” Mehr added.

In addition to Khuzestan, the situation in other provinces is also critical. Today, Mohammad-Reza Ma’ mury, the governor of Maneh and Samolqan (a district in North Khorasan), told Mehr news agency, “We only have 32 hospital beds that lack many facilities … More than one-third of the medical staff at Poor Sina Hospital have contracted the virus.” “One of our problems is the lack of proper healthcare centers for treatment,” he added. Rouhollah Hosseinpour, the governor of Raz and Jargalan County in North Khorasan, told Fars news agency today that there are no hospitals in the city. Fars also quoted Massoud Sadegh, the governor of the city of Farooj (North Khorasan), saying that “a large part of the municipal staff are infected with Coronavirus” and that seven members of a family in a village were affected.

“The president of Mazandaran University of Medical Sciences announced the hospitalization of 70 new patients … While many people cite the need to pay rent, bank payments, tuition fees, buy food and clothing, cover bank checks and pay the water, electricity and gas bills as their most important reason for gathering,” Tasnim News Agency reported today. It added: “After the reopening of businesses … the number of people infected with Coronavirus in Hormozgan has increased and in the last week, the average number of cases has been 60 per day. It is going to be even more worrying when … schools will be reopened, and teachers and principals are forced to attend schools… Optional student attendance can’t reduce the risk of an increase in the number of infections.”

The Governor of Lorestan told Mehr news agency yesterday, “For several days now the number of infected patients has been rising.” Head of the Province’s Medical Sciences University echoed the same thing: “In the past 24 hours, 110 more people have contracted the virus in the Province.”

The Head of the University of Medical Sciences in Ardebil told IRNA yesterday, “The Province continues to remain red as it pertains to the spread of Coronavirus.”

The Governor in Khash told Fars News Agency today, “The spread of the virus in the city of Khash is moving toward the state of red.”

In another development, simultaneous with the escalation of the Coronavirus Pandemic, the religious dictatorship ruling Iran, terrified of popular uprisings continue to arrest and summon students, youth, former political prisoners, sympathizers of the PMOI/MEK and their families, and sentence political prisoners to lengthy prison terms.

On May 5, 2020, Mrs. Maryam Rajavi, the President-elect of the National Council of Resistance of Iran (NCRI), had called for an international campaign to secure the release of students and all those arrested during the recent raids by the Intelligence Ministry and the IRGC. Today, she again urged the United Nations Secretary-General, the High Commissioner of Human Rights, the Special Rapporteur for the Situation of Human Rights in Iran, and other relevant rapporteurs to send fact-finding missions to Iran to visit the prisons and meet with the political prisoners.