IRAN: Posters of Khomeini and Khamenei Torched in Different Provinces

From October 14 to October 17, 2019, the defiant youths torched symbols of the mullahs’ regime, including posters of mullah’s Supreme Leader Khamenei and several suppressive centers such as Revolutionary Guards (IRGC) bases in different cities, including Tehran, Karaj, Mehr-Shahr, Nowshahr, and Rudsar.

Secretariat of the National Council of Resistance of Iran
October 18, 2019 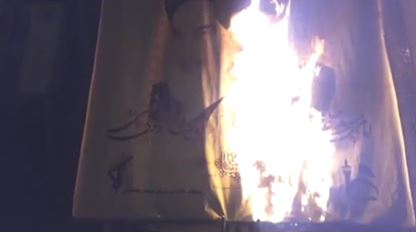 Tehran-Banners of Khomeini and Khamenei 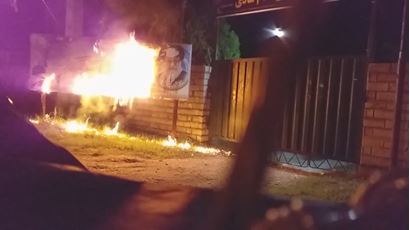 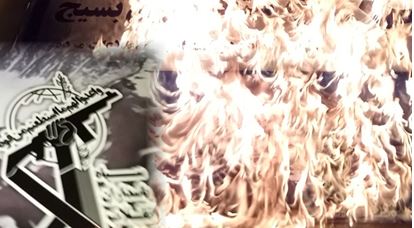 Karaj-Billboard of Ministry of Intelligence and Security