Iran: Widespread Demonstrations and Protests in Tehran and Other Cities 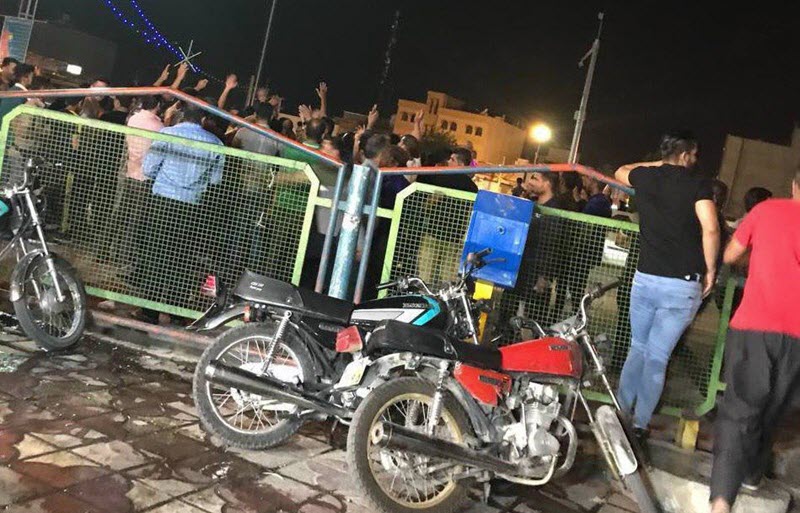 On Sunday, August 5, on the 112th anniversary of the Constitutional Revolution, despite the undeclared martial law and the heavy presence of repressive forces who had surrounded the 1st Circle of Gohardasht of Karaj, the brave youth demonstrated below the “Shohada” bridge around midnight, and by chanting “Death to the Dictator”, caught the regime by surprise.

In Tehran, despite the siege of the central parts of the city, frustrated people gathered in different places. The brave youth demonstrated and chanted “Death or Freedom” on the Kargar-Jonoubi street. The repressive forces consisting of the Guards, Basijis, the riot guards and plainclothes agents brutally attacked the protesters and battered them.

Demonstrations in the Park-e Shahr of Tehran led to clashes with suppressive forces. The people confronted them while chanting: Rascals, Rascals! A number of protesting girls and boys were arrested.

The fed-up people of Kazeroun protested in the Shohada Street and Square against their dire livelihood situation and the authoritarian and corrupt regime of mullahs. They chanted: High prices and inflation, misery of the people; Death to high prices; Do not be afraid; Do not be afraid, we are all together; Honorable Iranians, support, support.

In Shiraz, Mashhad and Qom, regime’s security forces surrounded the rallies in fear of spreading protests, and tried to prevent the formation of demonstration by attacking the crowd.

The people of Bandar Abbas also gathered on Saturday night for the third consecutive night in protest of the high prices and economic situation in front of the Radio-Television station. They rallied at night in the central bazaar of the city.

Secretariat of the National Council of Resistance of Iran
August 6, 2018