Continued Protests of Truckers, Workers, Merchants and Farmers Across Iran 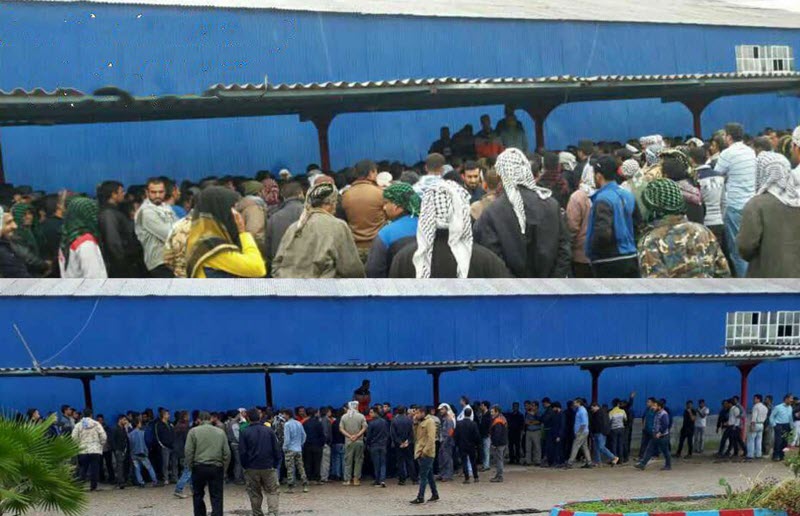 Mrs. Rajavi hails the strikers and says that as long as this regime is in power, poverty, inflation and unemployment will continue

On Saturday, November 10, heavy truck drivers and truckers continued their strike in different cities throughout the country for the tenth day of the new round. Earlier in the months of June, August and September, they were striking because of the severe living conditions, low freight rates, high cost of spare parts, severe insurance conditions, and so on. October strike lasted 21 days.

In the fourth round of their strike, in addition to their previous demands, drivers called for the release of their colleagues who were arrested during the third round of strikes. The regime was struggling to prevent the strike through all kinds of pressures and threats.

Haft Tapeh sugar cane workers continued their strike for the sixth day in a row in protest of non-payment of their claims inside the company. Some of them took their protest into the city to make the voices of their innocence and their desires heard.

Workers of the Ahvaz National Steel Group also protested on Saturday, gathering in front of the governor's office in the city. They chanted: No nation has seen this much injustice; Hossein Hossein, is their slogan, theft is their pride; what did behind the scene hands have done with the factory?

Workers of Line 6 project of Tehran urban trains also protested against the non-payment of their salaries in front of the headquarters of the company.

Parts of the bazaar and shopkeepers in Tehran's 15 Khordad street protested against the high cost and lack of goods and customers, and refused to open their shops.

Deprived farmers of cities and villages around Isfahan such as Ghahderijan. Varzaneh, Najaf Abad, Khorasgan and others continued their demonstrations and sit-ins in protest of the deprivation of their right to water and their difficult livelihood conditions. They were chanting: "Lest we are humiliated!"; "The Zayandeh Roud water is our inalienable right."

Mullah Alam-ul-Hoda, a member of the Assembly of Experts of the regime and representative of Khamenei in Mashhad on Friday, November 9, confessed: "Over 40% inflation caused by the recession brought the economy into a ruin. ... This is the situation of our workers who have become unemployed, with families they are left without food, and the miners who work in the worst case situation, they work in the mine, underground and they do not pay their daily wages."

Mrs. Maryam Rajavi, President-elect of the Iranian Resistance, hailed the determination of the truck drivers, the deprived farmers of Isfahan, the oppressed hard-working workers of Haft Tapeh sugarcane factory and Ahvaz steel, and other strikers across the country, and called on fellow citizens, especially the youth, to support them and said: “Poverty, inflation, unemployment and corruption were brought to our country by the religious fascism, and will continue as long as this medieval regime is in power.”

Secretariat of the National Council of Resistance of Iran
November 10, 2018