Iran: Sit-In Protest by, Railway Workers and Bus Company Drivers in Tehran and Various Other Provinces 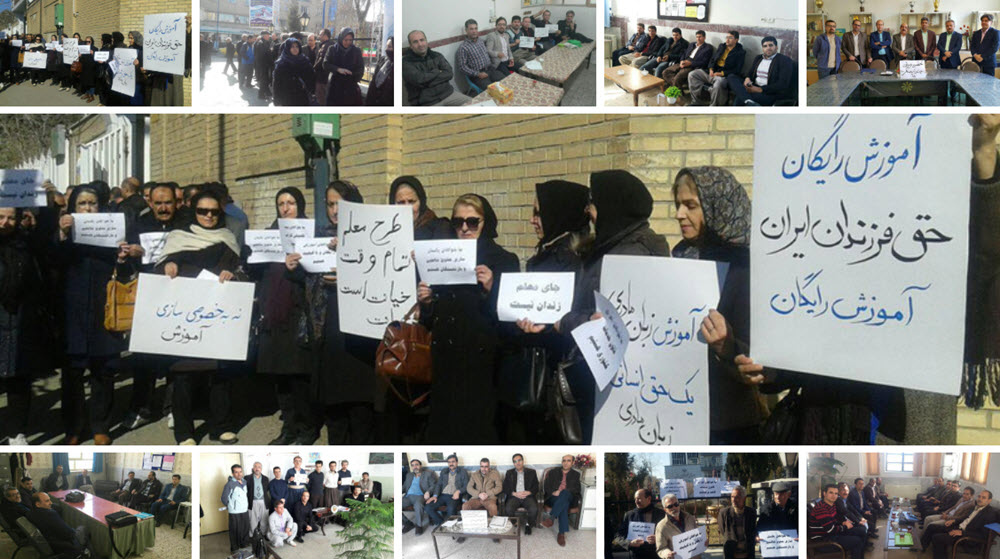 In another development railway, workers, in some cities, such as Neyshabur and Andimeshk, went on strike to protest against the non-payment of their salaries and their insurance premium for the past few months as well as their bonus for the previous Iranian New Year.

Today, Tehran’s Bus Company workers gathered in front of the Ministry of Cooperatives of the regime in protest of non-payment of their salaries.

Suppression, poverty, and the plundering of public wealth as well as unemployment and the deprivation of the overwhelming majority of the people are the result of this clerical regime, and these crises continue to intensify as long as this regime is in power. The Iranian resistance calls on all the Teachers, Academics and Workers unions in different countries, to support the demands of their Iranian colleagues.

Secretariat of the National Council of Resistance of Iran
March 3, 2019