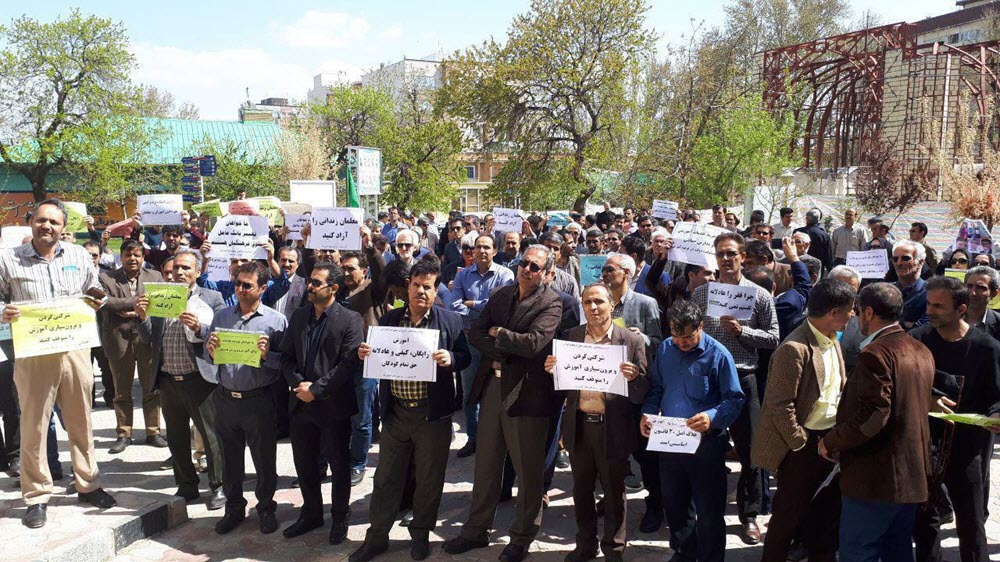 On the occasion of Teachers’ Day large groups of teachers and academics staged protests today in dozens of cities and towns across Iran. They chanted, “Our suffering is your suffering, people join us”, “Teachers are in jail, plunderers are at large”, “Detained teachers must be released” and “Workers, teachers, unite, unite”. Impressive number of women were among protesters.

They carried placards reading, “Free and quality education is the just right of all Iranian children” and “Teachers’ salary is one third of that of poverty line”.

In Tehran, suppressive forces tried to disperse the protesters but faced resistance. Number of protesters were arrested.