Demonstrations and Protests by Retirees, Teachers in Tehran and Isfahan 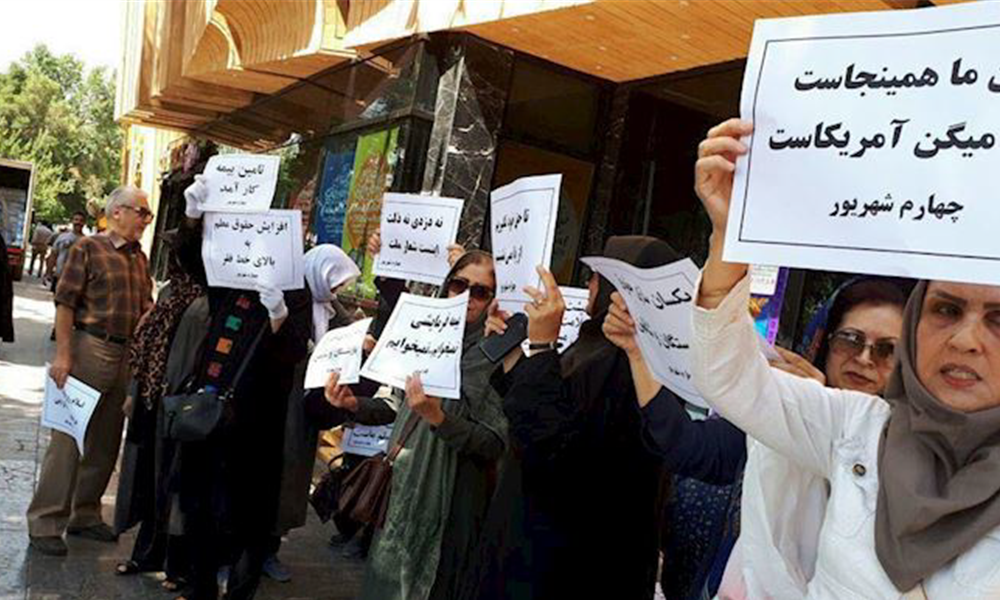 International call to support the protesters and release those arrested

Hundreds of retirees staged a demonstration outside the Labor Ministry in Tehran on Monday, August 26, 2019. The protest was held despite the regime’s repressive measures. A number of protesters, especially those taking pictures and videos, were detained.

Enraged over low pensions and late payments, inflation, and high prices, the retirees carried placards which read, “They used Islam as ladder [to enrich themselves], impoverished the people,” “workers, teachers must not be jailed,” “leave Syria alone, think of us,” and “jailed teachers must be freed.”

The same day, a large number of teachers and retirees in Isfahan (central Iran) staged a demonstration near the city’s Enghelab (Revolution) Square. Their placards read, “livelihood, dignity, and health are our inalienable rights,” “we will not rest until we obtain our right,” “raise teachers’ wage above the poverty line,” “our enemy is right here, they lie when they say it’s America,” “leave Syria alone, think of us,” and “no theft, no humiliation, these are the nation’s chants.” 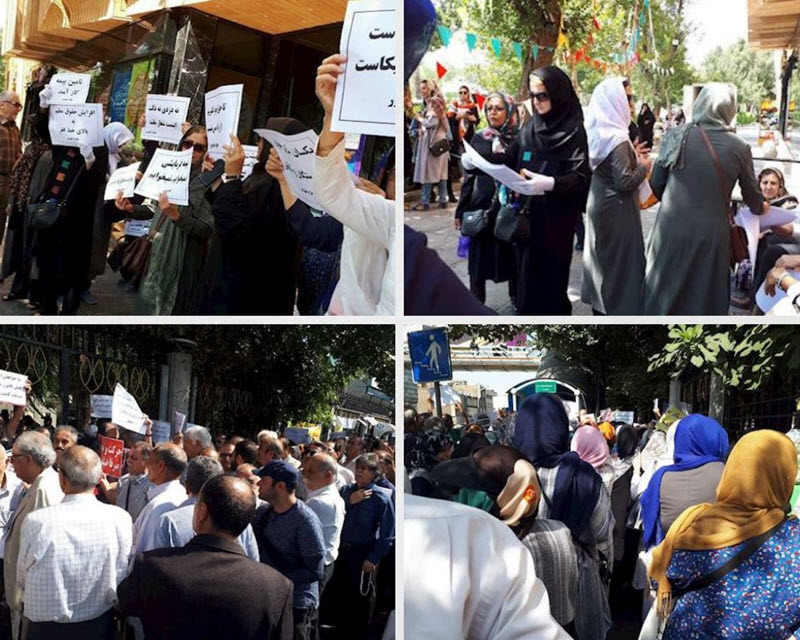 A short while later, the repressive forces attacked and assaulted the protesters, and arrested several of them.

The Iranian Resistance hailed the protesters, the teachers, the retirees and all those suffering under the oppression of the religious fascism ruling Iran. It called on the people and the youths to support the protesters. It also urged international human rights organizations, syndicates and unions across the world to condemn the ruling theocracy’s suppression of the protesters and to take urgent action to secure the release of those arrested.