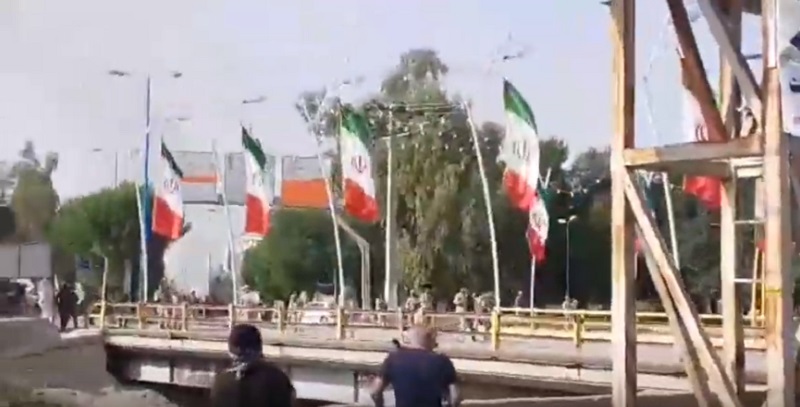 Iran protests spread over dozens of cities across Iran-November 16, 2019

Kermanshah, western #Iran
People are throwing rocks to protect themselves from the regime's security forces attacking their protest gathering. Locals are angry over a national gasoline price hike.#IranProtestspic.twitter.com/4BjIbvZlw5

In a message, the PMOI/MEK Spokesperson hailed the Iranian people and youths who have risen up today and honored the memory of those who have lost their lives in this proud uprising. The Spokesperson said the ground is shaking under the feet of the mullahs and IRGC thugs from Beirut to Baghdad, and now in Tehran and all over Iran.

"Dozens of protesters were arrested as authorities attacked the protest gathering. Any attempts to take pictures or video footage of the rally were met with arrests or confiscation of mobile phones."#Iranhttps://t.co/OFSpYqzgrM