“Students Are Awake. They hate dictators”, “Hail to the student day, death to Khamenei, hail to Rajavi”

Commemorating December 7, the “Student Day” in Iran, the Resistance Units and supporters of the Mujahedin-e Khalq (MEK/PMOI) paid homage to the students who laid down their lives for freedom and in the struggle against the religious dictatorship by posting banners, placards, and graffiti, in different cities of Iran.

They reiterated their resolve to continue their struggle until Iran is free and highlighted the role played by the youth in the upcoming protests. The MEK supporters also posted messages from the resistance leadership (Mrs. Maryam Rajavi, the President-elect of the National Council of Resistance of Iran (NCRI), and Mr. Massoud Rajavi, the Leader of the Iranian Resistance) These activities took place despite a heightened state of security in the cities.

In addition to different parts of Tehran, these activities were carried out in Isfahan, Mashhad, Karaj, Ardabil, Urmia, Qom, Tabriz, Arak, Neyshabur, Jahrom, and Takestan.

The slogans read: “Long live the memory of the students martyred in the 1988 massacre,” “The student are vigilant, they hate the dictator,” “Hail to the Student Day, death to Khamenei, hail to Rajavi,” “On the Student Day, we express our support for the uprisings of the people of Isfahan and Chaharmahal and Bakhtiari,” “Maryam Rajavi: Dear students, liberty and freedom are in your hands,” “Hail to the brave students who will not give up until the overthrow of the ruling theocracy in Iran,” “Maryam Rajavi: Let’s spread the Resistance Units everywhere throughout the country,” “Massoud Rajavi: In the Iranian people’s struggle against the Velayat-e Faqih (ruling religious dictatorship), the youths and especially students’ initiatives and creativity create breakthroughs and breaks the deadlocks,” “Massoud Rajavi: No force has the power to confront the rebellious youths of a nation that has risen up.”

Secretariat of the National Council of Resistance of Iran (NCRI)
December 8, 2021 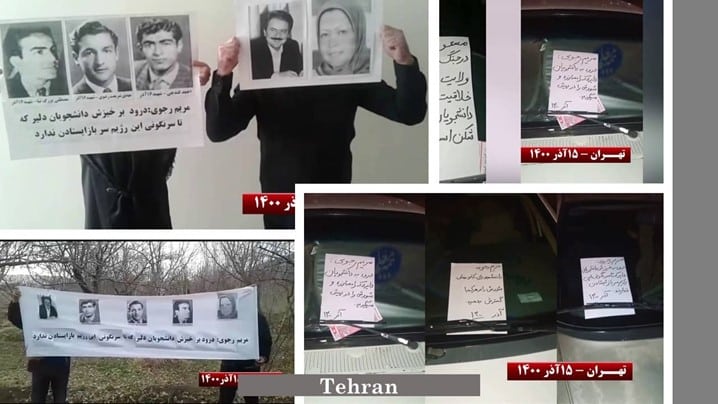 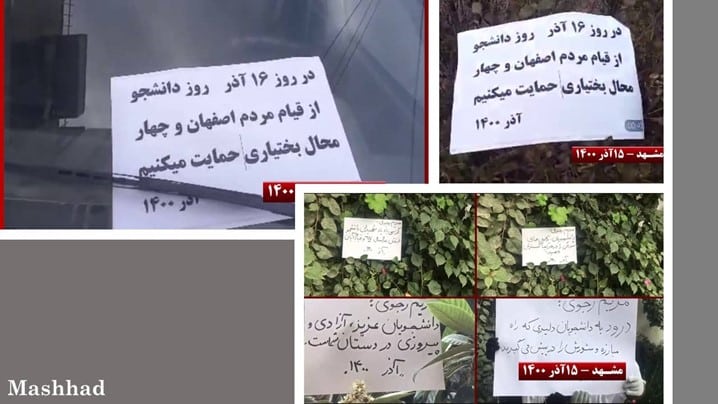 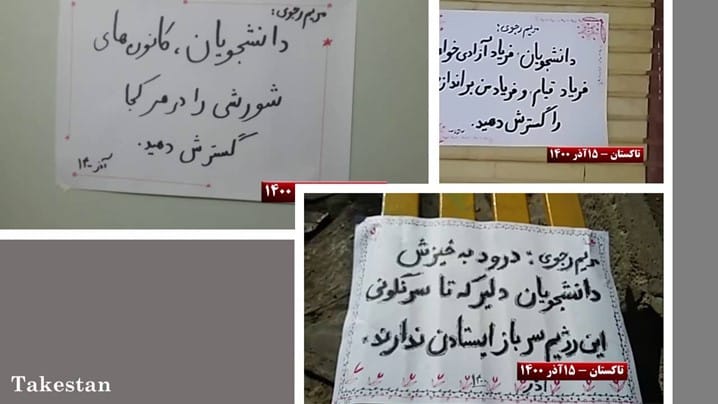