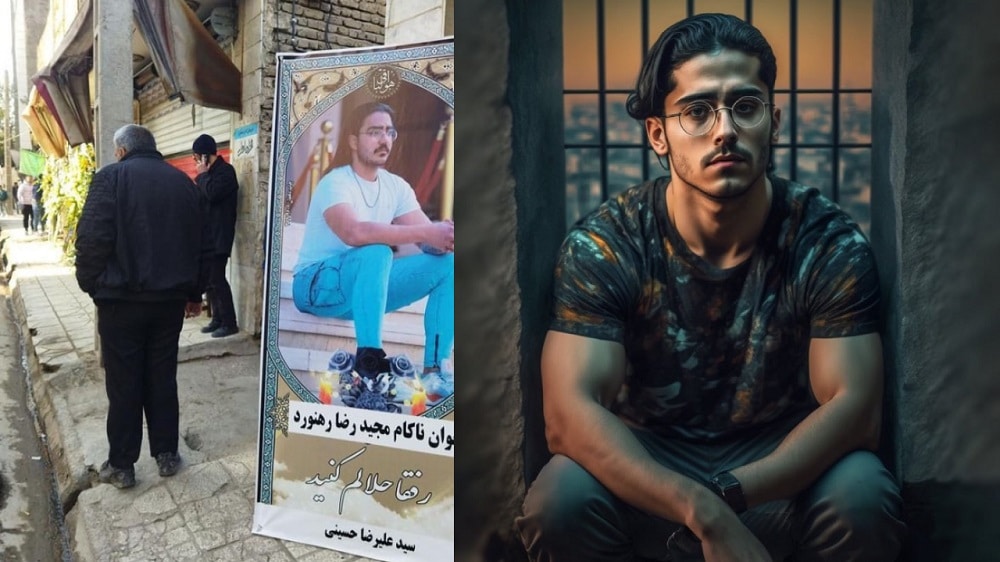 Khamenei tries to save his falling regime, but he only intensifies the people’s anger and hatred

Ali Khamenei, the mullahs’ regime’s criminal leader, shed the blood of another brave Iranian youth this morning, Monday, December 12. The regime’s mercenaries publicly executed Majidreza Rahnavard, an uprising detainee, less than three weeks after his arrest in Mashhad. Even afraid of his lifeless body, they buried him secretly and even without the knowledge and presence of his family. Majidreza was severely tortured after his arrest and his arm was broken.

On the occasion of the martyrdom of Majidreza Rahnavard and the seventh day of the execution of Mohsen Shekari, Mrs. Maryam Rajavi, the President-elect of the National Council of Resistance of Iran (NCRI) declared protests and national mourning. She added that Khamenei tries to save his falling regime with these heinous crimes. He is trying in vain to save himself from the anger and hatred of 85 million Iranians; rather, he only accelerates the inevitable fall of the religious dictatorship.

Mrs. Rajavi added that the United Nations, the Security Council, the European Union, and its member states should take effective and practical measures against the religious fascism ruling Iran to stop executions and killings. Verbal positions are not enough, the embassies of this regime must be shut down, the Ministry of Intelligence (MOIS) and the IRGC must be placed on the terrorist list, and the mercenaries of the MOIS and IRGC must be expelled. Dealing and interacting with a regime that is a disgrace to contemporary humanity is trampling human rights values.

Declaration of national mourning and protests over the executions of #MajidrezaRahnavard and #MohsenShekari, the heroes and martyrs of the Iranian people’s uprising pic.twitter.com/jLeVaHnchh