Iran: Call to Condemn Travel Ban on Former Tehran U. Dean, Depriving Him of Medical Care 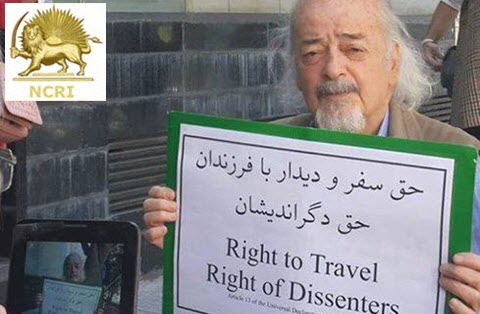 In yet another inhumane measure, Iranian regime is imposing a travel ban on Dr. Mohammad Malaki, the 84-year old former Tehran University dean who’s in need of medical care. As a result, Malaki’s life is in grave danger as he struggles with numerous difficult illnesses.

Malaki, who has spent years in Iran’s medieval prisons, must be transferred to Europe for medical attention, according to physicians. Yet Iran’s rulers have imposed this travel ban and seek to make him suffer due to his firm stance against the mullahs’ regime and refusing to succumb to their demands.

The Iranian Resistance calls on all human rights entities and advocates, especially the United Nations High Commissioner for Human Rights and the Special Rapporteur of the human rights situation in Iran, and medical unions across the globe to strongly condemn the Iranian regime for banning Malaki from exiting the country and depriving him of medical attention. Urgent action is needed to lift this ban.

Dr. Malaki, a political prisoner during the Shah’s rule prior to Iran’s February 1979 revolution, was arrested in 1981 and spent five years behind bars. He was detained again in 2000 and 2009, and placed under intense pressures.

“[Iranian Supreme Leader Ali] Khamenei is responsible for all these hardships, these executions, these killings… he cannot leave himself out and claim he was not informed… time and again he has indicated being knowledgeable of the details and events taking place across the country. He is definitely informed,” Malaki said in November 2016.

In May he said the following about Iran’s farce presidential election:

“They have described this charade as an election… who are the (candidates)? One of them is Mr. Raisi, the famous executioner, and the other is Mr. Rouhani, the famous liar… I am informed of Rouhani’s pledges. To what extent will he lie to the people? … This is not an election… they say come and vote for these two people. One, they say, supports Khamenei and the other does not. All the while both support the leader because if not, they would not be authorized to even take part in the election nor surpass the Guardian Council filter.”

In August he issued a statement marking the 1988 massacre of political prisoners.

“I warn the mullahs’ senior officials that very soon you will face the same destiny of all despots. One day you will pay the price of spilling the blood of innocent people. One day you, too, will be held accountable for all your lies, thefts and crimes. Rest assured that the Iranian people’s justice movement will one day place you before a just prosecution,” he said.

Secretariat of the National Council of Resistance of Iran
November 29, 2017