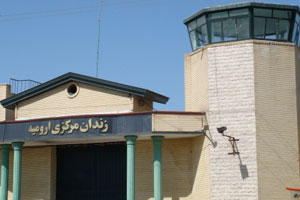 The Iranian Resistance calls on all international human rights bodies to take urgent and effective measures to save the lives 27 Kurdish political prisoners on strike in the central prison of Orumiyeh since last month.

The Iranian Resistance calls on the United Nations High Commissioner for Human Rights, and the UN Special Rapporteur on the Situation of Human Rights in Iran to look into the requests of the prisoners as the condition of eight of them has deteriorated after 25 days of hunger strike.

The Kurdish political prisoners who are being held in Ward 12 of the central prison in the city of Orumiyeh went on a hunger strike since November 20 to protest the attempts by the mullahs’ intelligence to dissolve the ward dedicated to the political prisoners.

Mr. Masoud Shams-nejad, the defense attorney of the political prisoners who have been sentenced to death, went on a hunger strike on December 10 to protest being kept in the ward allocated to laborers.
Instead of looking into the condition of the prisoners, regime’s intelligence agents summoned four of the striking prisoners and threatened them with death.

The intelligence agents have said that “your lives are in the hands of the Ministry of the Intelligence and Security and not human rights organizations or Ahmed Shaheed [and the UN Special Rapporteur on the Situation of Human Rights in Iran]. No one can do anything for you; here is Iran and it is governed by the laws of the Islamic Republic”.

The torturers have threatened a number of the striking prisoners that if they continue with their strike they will be executed. They have also filed new charges against all striking prisoners and will issue new sentences against them. Moreover, they plan to transfer more ordinary convicts to their ward.

Secretariat of the National Council of Resistance of Iran
December 13, 2014

Iran: Call for Immediate Action To Save the Life of Death-row Political Prisoner Abbas Daris Arrested During the November 2019 Uprising