Iran: Crack Down on Teachers, Abduction of Activist Educator 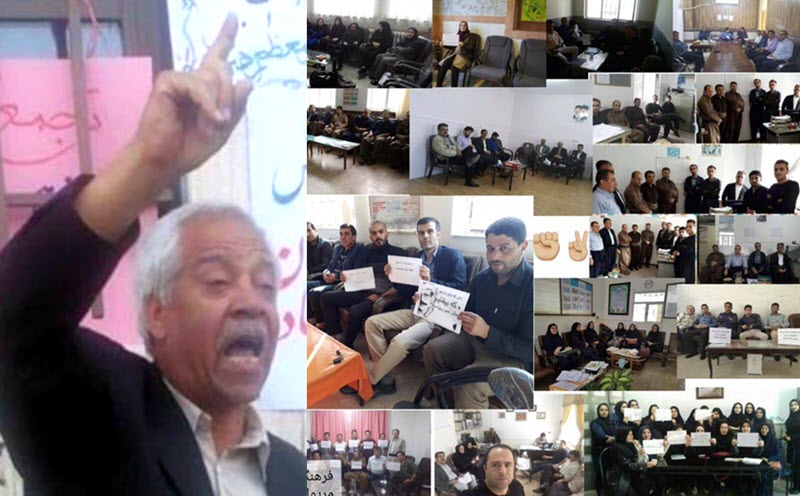 Call for taking immediate action to release the detained teachers

Following the nationwide sit-in protest of teachers on October 14 and 15, the mullahs’ regime has intensified the crackdown on educators in fear of continuing strikes and protests. The Ministry of Intelligence and the IRGC Security and Intelligence departments in various provinces across the country have arrested or summoned a number of teachers and filed a case for them.

On Tuesday, October 23, Mr. Hashem Khastar, a prominent teachers’ rights advocate who has faced arrest and imprisonment, on several occasions in the past, in a criminal act was kidnapped by the IRGC Intelligence, and then was transferred to the Ibn Sina Hospital of Mashhad as a psychiatric patient. Transfer to a “psychiatric hospital” after disclosure of his kidnapping has no purpose but to cover up crime.

These repressive measures by the mullah’s regime are taken while it has done nothing to solve their problems or answer any of their demands. An unprecedented increase in inflation and high costs has made teachers’ livelihood much harder.

The Iranian resistance calls on the international community for firm condemnation of the repressive measures of the mullahs regime against educators and teachers and urgent action to release Mr. Khastar, and urges teachers, educators and students unions and syndicates in different countries to support protests and rightful demands of Iranian teachers.