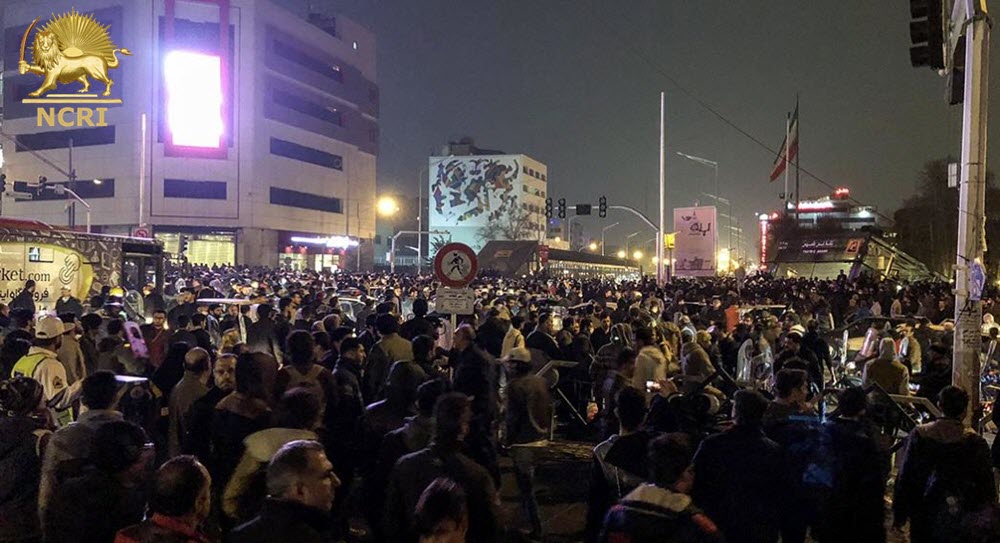 In Zahedan’s Shirabad district skirmishes between the people and anti-riot forces occured. The mercenaries are firing on people and people are confronting with stones.

In Ahvaz, the Basijis have come to the scene with police uniforms. The Basijis motorcyclists are moving with a lot of noise. The mercenaries rotate their weapons to exacerbate their intimidation atmosphere.

The brave youth of the Shadegan region (Ahvaz) are confronting the attacks of anti-riot guards with throwing stones.

In Bandar Abbas, the slogan of death to Khamenei, death to the dictator resonates everywhere.

In Dezful, the brave protesters shout Seyyed Ali shame on you, Let go the country, and clashes in the Sabzeh Ghaba neighborhood broke out.

In Malayer, a rumbling of the slogan of the nation begs, Ayatollah Khamenei acts like the Lord, has filled the atmosphere of the city.

In Isfahan, skirmishes broke out between the people who were chanting Seyyed Ali shame on you, leave your reign, and the riot forces. The anti-riot police officers shot directly at the people.

In Ghourtan in Isfahan clashes broke out and the sound of blast is heard from the conflict zone.

Some law enforcement officers fled during a clash with the demonstrators in Joughabad, Isfahan. In Kermanshah, some police officers escaped the brave youth.

A large crowd rallied on the street of Farmandary in Torbat Heydariyeh. People chanted slogans against the anti-riot forces: Do not be afraid, do not be afraid. We are all together. Leave Syria Think about us.

Secretariat of the National Council of Resistance of Iran
January 3, 2018

Previous articleMaryam Rajavi Urges All Iranians to Join the Nationwide Quest for Freedom
Next articleIran’s Protests Are Not About Bread, but Freedom