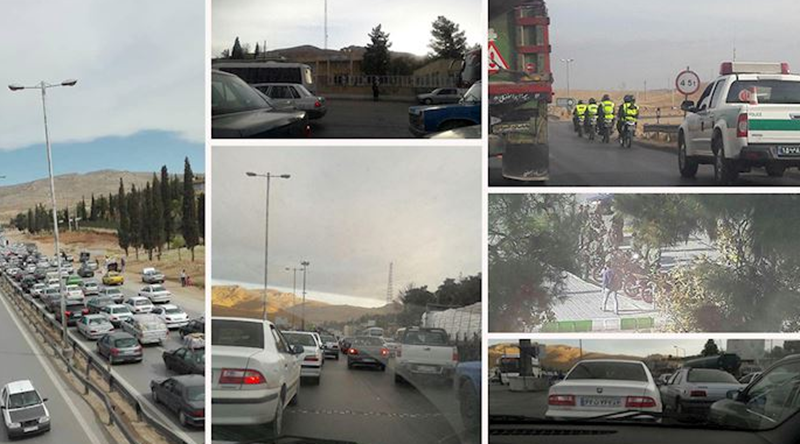 Despite suppressive measures by the mullahs’ regime, throngs of people from Iranian cities and provinces flocked to Pasargad on October 29 to commemorate Cyrus the Great. On Sunday evening and Monday morning, there was heavy traffic, in particular on the roads leading to Pasargad, in Fars Province.

Fearing a protest, suppressive forces had taken suppressive measures in previous days to prevent it from taking place. In addition to the police and secret police, the Revolutionary Guards were on alert in Fars Province and nearby cities.

From Sunday afternoon, roads leading to Pasargad were blockaded, and suppressive forces that were stationed there turned back vehicles that had come from other provinces. Some people moved toward Pasargad by foot via detours and mountain paths.

Police in Pasargad had given locals passes for their vehicles and stated that they would not be allowed to travel in the city without a pass. Some of the people who were travelling toward Pasargad were arrested by the suppressive forces, and some vehicles were impounded.

In an effort to prevent a gathering, the Revolutionary Guards had announced from two weeks ago that they would be conducting drills in Zarqan (Fars Province) during October 27-30, and they informed hospitals in the region, including in Pasargad, to be prepared to receive people with injuries.

Secretariat of the National Council of Resistance of Iran
October 29, 2018