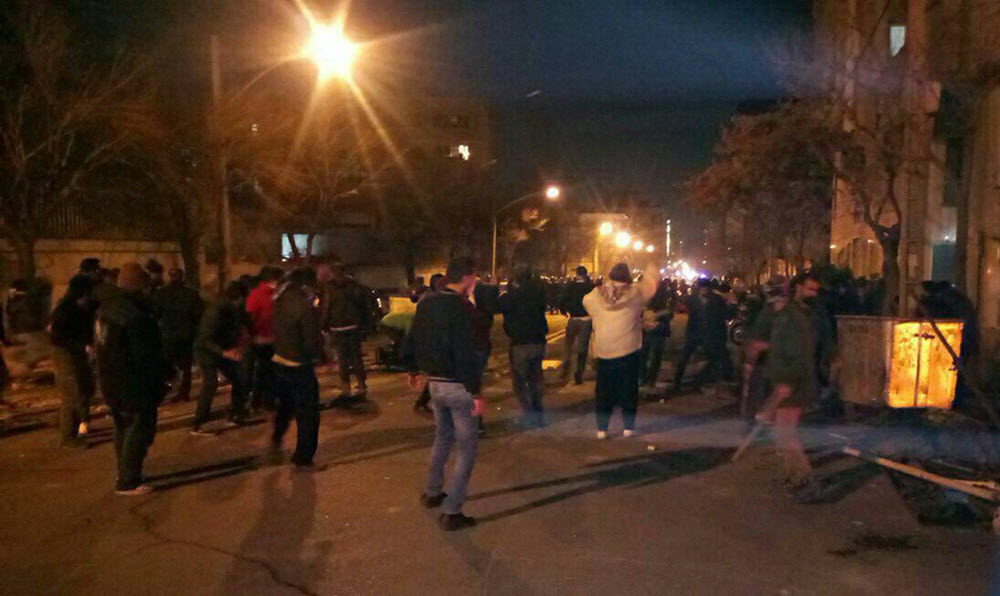 This evening (February 19th), repressive forces attacked with tear gas, batons and gunfire a group of Gonabadi Dervishes who had gathered outside the police station in Pasdaran Ave. According to reports, a number of protesters were injured and some were arrested. They had gathered since this morning in protest at arresting one of the Dervishes and demanded his release.

The security and intelligence forces have surrounded the area, and their number is increasing continually. A group of people in surrounding streets have blocked the transfer of repressive forces to the location. A number of police force motorcycles have been destroyed by the protesters.

Secretariat of the National Council of Resistance of Iran
February 19, 2018

Previous articleWomen Force for Change: Iran Uprising and the Role of Women
Next articleKhamenei’s Belated Confession to Injustice and Inability to Reform, a Desperate Attempt to Escape Overthrow