Written by The Editorial Board
26th September 2019 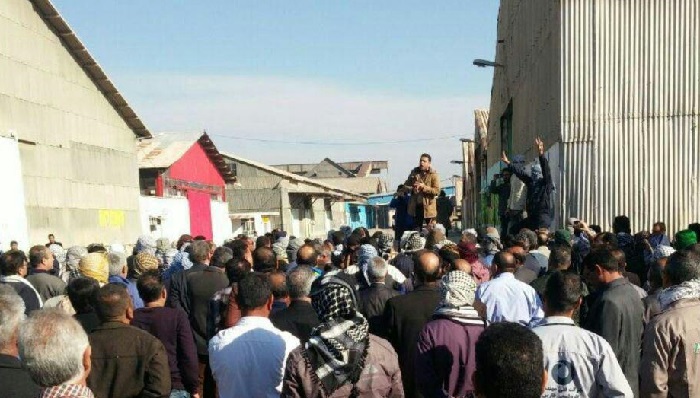 On Wednesday, September 26, 2019, for a third consecutive day, workers of Haft-Tapeh Sugarcane Factory Mill, despite Iranian regime officials’ warnings, staged a gathering outside of the plant protesting to their fellow workers firing. They demand the unconditional return to work of all their colleagues.  They carried signs reading: “We strongly condemn “all violations of workers’ rights.”

In another event, on Tuesday, September 24, 2019, workers of Farabi Petrochemical Company in Mahshahr staged a gathering outside of the factory demanding their rights including establishing their salary’s pay scale.

The Iranian Resistance calls on all labor unions, professional syndicates and labor activists to condemn the suppressive policies of the mullahs’ regime and support the legitimate rights of the workers in Iran.

Previous article
Iranians Say No to Rouhani for Second Day Outside the UN
Next article
IRAN: Ten hanged including a woman simultaneous with Rouhani’s UN speech