Increasing Internet Restrictions and Blocking the Telegram by Iran Regime 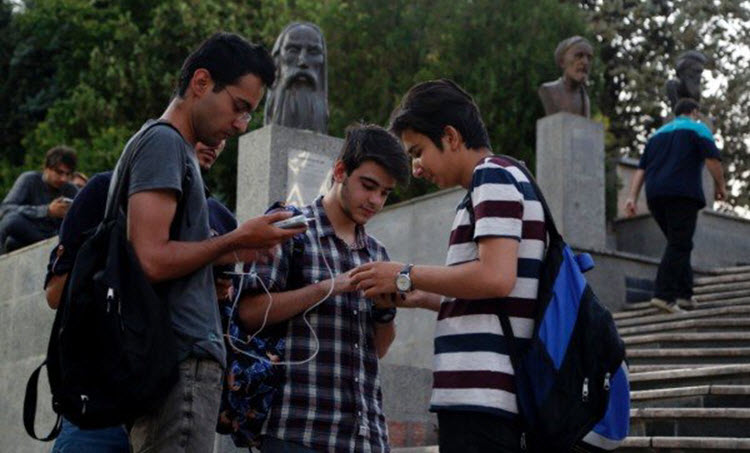 Iranian regime aims to prevent the flames and the spread of popular uprisings and protests that are taking place every day in different parts of the country, with the intensification of Internet restrictions and the blocking of social networks such as the Telegram.

Alaeddin Boroujerdi, chairman of the National Security and Foreign Policy Committee of the regime’s Parliament, said on March 31 that the telegram would be shut down by April 20 at the latest, ant “it will be replaced by a similar national platform.” By explicitly referring to Khamenei, he said “This is a decision that was made at the highest level.”. “Considering the destructive role that the telegram has had in the last year’s crises in the country, this is important for our national security,” he added. The meaning of the national network is a network that is completely under the control of the regime.

Khamenei said during a meeting with the regime’s leaders on June 12, 2017, “In the cyberspace, the most important thing is the National Information Network. Unfortunately, this area was neglected; that we neglect under the pretext that the cyberspace should not be prevented, this does not solve the problem, and the logic is not right … Why should we allow those things that are against our values, contrary to our fundamental principles, be spread within the country … Therefore, the issue of the national information network is also very important. “

The Iranian resistance calls on the general public, especially the youth, to protest the Internet restrictions and shutting down of the Telegram, and calls on the United Nations Security Council, the member states and relevant international bodies such as the International Telecommunication Union (ITU), to strongly condemn this Internet piracy and communications crackdown, which violates many international treaties, and provide the necessities for the Iranian people to access the Internet and social networks.

Secretariat of the National Council of Resistance of Iran
April 1, 2018