Iran: 38th Day of Demonstration of Steel Workers Supported by Ahvaz Citizens Despite Dozens of Arrests and Repressive Measures 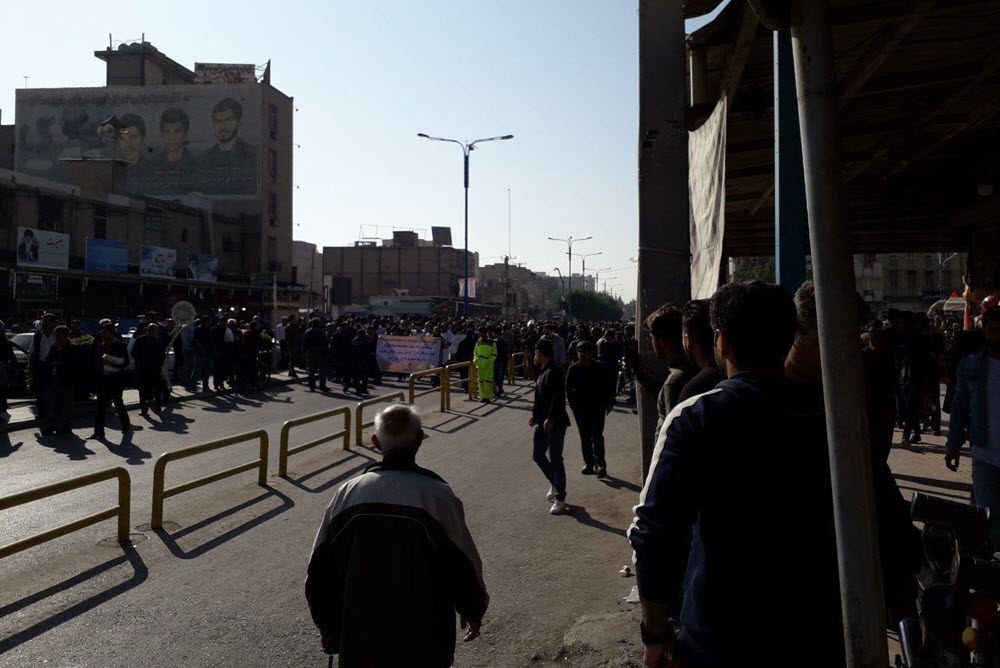 The arrest of representatives of Ahvaz Steel workers and protesters, which started last midnight (Sunday, December 16), continued on Monday, December 17. The number of detainees has reached dozens, the names of 31 of whom have been published so far.

At the same time, the mullahs’ regime had stationed repressive forces from the Ministry of Intelligence, riot police and forces affiliated with the IRGC and IRGC intelligence in various sensitive locations in Ahvaz so that workers could not continue their protests. However, the workers, despite the fact that they were surrounded by oppressive forces in some places, continued to demonstrate with slogans such as: “Imprisoned workers must be freed”.

Workers, being threatened by repressive forces, said they would continue their demonstrations until the release of the arrested and achieving their demands.
Workers and laborers from different parts of Iran, including the Tehran Bus Company workers’ syndicate and truck drivers in various parts of Iran, expressed their solidarity with Ahvaz workers and called for the immediate release of the detainees.

Saluting the brave and adamant workers of Ahvaz, the Iranian Resistance described the brutal and mass arrests on Sunday night and on Monday as indication of the frustration of religious fascism in the face of the strikes and protests of workers, and called on all workers and youth and students, especially in Ahvaz and Khuzestan, to support the striking workers of Ahvaz. It also called on international human rights and workers’ rights advocates and workers’ unions and syndicates in different countries to support the striking workers who are protesting for their basic rights, and to take necessary measures for the release of the arrestees.

: 38th Day of Demonstration of Steel Workers Supported by Citizens Despite Dozens of Arrests and Repressive Measures pic.twitter.com/Zamol2sXFL