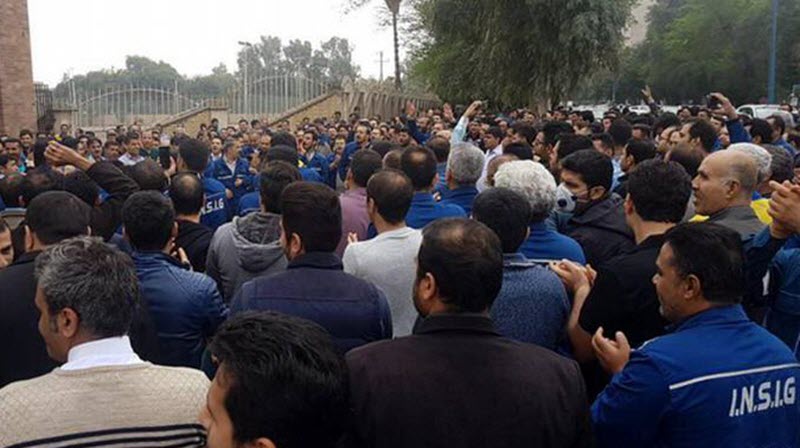 While Ahvaz steel workers are on the fourth week of their strike and protests, the anti-labor and plunderer regime of the mullahs tries to break down and end their strike through repressive measures and deception. However, the catastrophic livelihood of the workers and their families continues.

On December 8, “Public Relations of Ahvaz Steel Factory” tried to create division among the workers by giving some false promises through a statement. However, immediately after holding their “general assembly” on that same day, the vigilant workers announced that they have heard such words more than enough and these are the very false promises they have heard from the Khuzestan General Labor Office since the first days.

Workers also wrote in their statement that they will continue to protest and strike until they achieve their goals, including the return of the company to the government main structure, the establishment of all production lines and the provision of necessary equipment and parts, solving the problem of workers’ insurance, and regular and timely payment of salaries.

On the other hand, following government’s deceptive promises to workers to end their strike, the infamous intelligence office in Ahvaz summoned a number of workers and threatened them to be arrested if the strike continued. In another yet roguish attempt, the mullahs’ intelligence has sent some mole elements among the workers in a bid to deviate their slogans and protests.

The NCRI Labor Committee urges all oppressed workers, guilds, educators, and employees as well as the rising youth in the country, especially in Khuzestan, to support the leading workers of the National Steel Industrial Group in Ahvaz.

Secretariat of the National Council for Resistance-Labor Committee
December 8, 2018