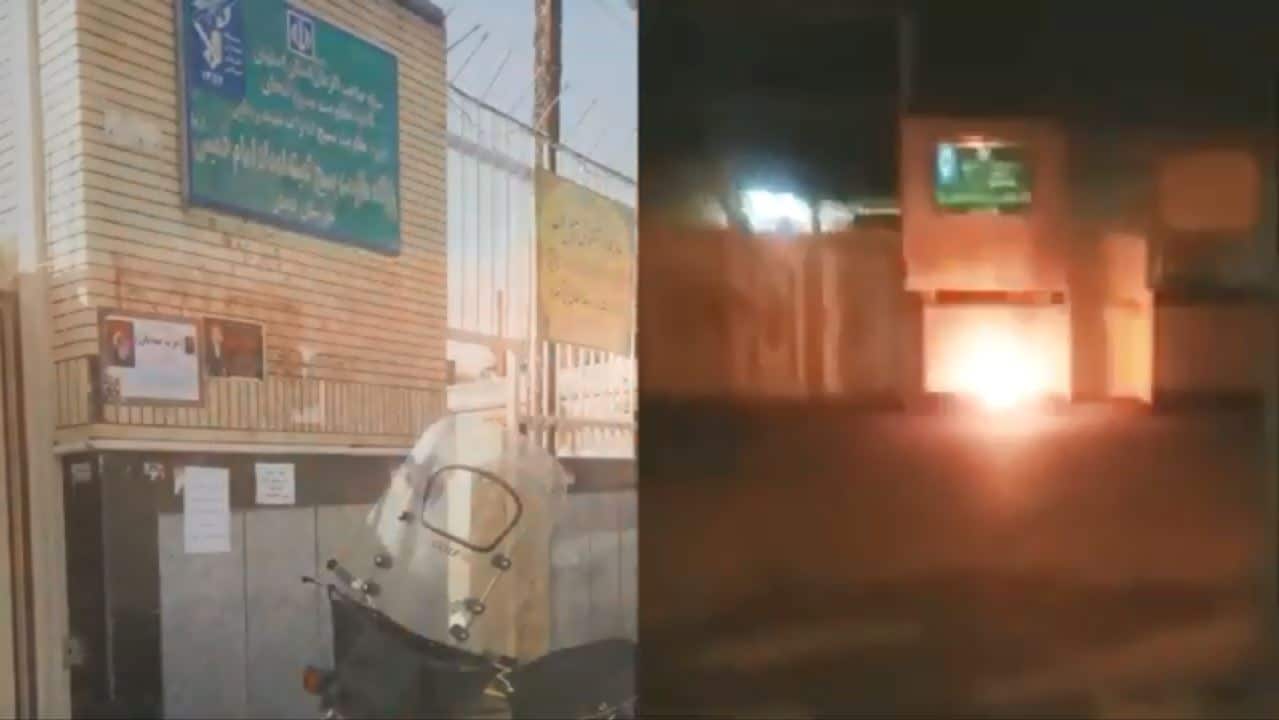 In the early morning hours of Monday, November 16, 2020, on the anniversary of the November 2019 uprising, defiant youth targeted six of the regime’s centers of suppression and plunder in Tehran, Isfahan, Mashhad, and Khorramabad.

The actions took place despite the fact that the State Security Force and other regime’s security organs were on full alert.

In Lanjan (Isfahan), the IRGC’s Bassij base, so-called Imam Khomeini Aid Committee, which cracks down on the people and plunders their meager resources was targeted and set on fire.

In Mashhad, the entrance to the so-called Prophet Mohammad Bassij based was torched. In another action the same day, the IRGC Bassij base named after the terminated IRGC Maj. Gen. Mahmoud Kaveh was torched.

Also, on Sunday, November 15, defiant youth targeted a regime’s so-called seminary, which played an active role in the torture and suppression of women in east Tehran and set its entrance on fire.

On the same day, the entrance to the so-called Imam Khomeini Aid Committee, which plunders the resources of the deprived people of the region was set on fire in Isfahan. The same day, an IRGC Bassij base was targeted in Khorramabad and its entrance was set on fire.

Secretariat of the National Council of Resistance of Iran (NCRI)
November 17, 2020

Iran: Defiant youth target several centers of suppression on the anniversary of the 2019 uprising

Previous articleIran: Coronavirus Update, Over 157,900 Deaths, November 17, 2020, 6:00 PM CET
Next articleIran: Freed Political Prisoners and Families of PMOI Members Rearrested on Eve of the Anniversary of the November 2019 Uprising