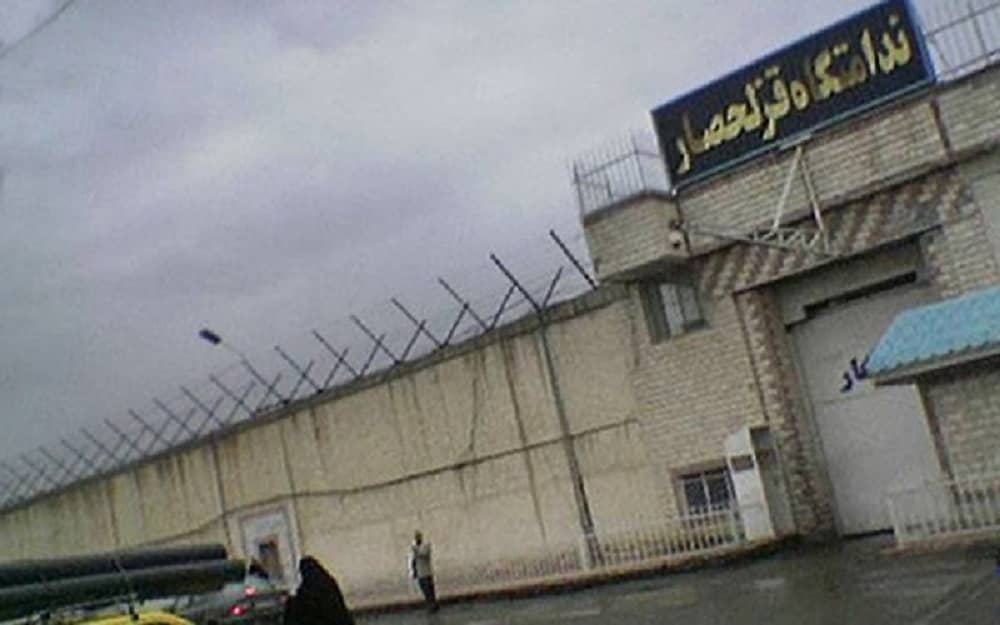 Call for urgent action to save lives of prisoners, avoid human disaster

This morning, Monday, October 17, a siren sounded in Ghezel Hesar prison in Karaj, the largest prison in Iran. According to eyewitnesses, around 10:00 am, more than 50 armed Special Guards took positions on the rooftop of the prison pointing their guns at the prisoners. The prison warden joined them on the rooftop, firing in the air with a Winchester rifle. At the same time, the prisoners chanted “Death to Khamenei” in the open-air courtyard in support of the nationwide uprising.

Ghezel Hesar prison, according to the sources within the regime, has housed up to 20,000 prisoners at some points.

October 17 – Karaj, #Iran
Qezel Hezar Prison inmates chanted “Death to Khamenei!” in the prison yard.
At ~10 am around 50 special IRGC members went to the roof & aimed their weapons at the inmates. The warden was firing birdshots with a Winchester rifle.pic.twitter.com/OQG4jAf4mJ

Since last night, the regime has stepped up security measures in Ghezel Hesar and prison shits are increased to four people. No prisoner has been taken to the medical center. Units 6 and 4 of the prison are being prepared for the uprising detainees, according to sources.

While setting the stage for crimes in Ghezel Hesar prison, the wounded of the brutal attack on Evin prison, on Saturday, October 15, including the political prisoners of Ward 8, are left unattended. The bullets have not been removed from the prisoners’ bodies and they are bleeding. In the meantime, the authorities are planning to transfer political prisoners from Evin prison to prisons outside of Tehran, including Gohardasht, in order to have a more open hand for their crimes.

The Iranian Resistance calls on the United Nations and its relevant bodies, the European Union, and its member states to take immediate action to save the lives of the prisoners and prevent a major disaster. It also urges them to send an international mission to investigate the regime’s crimes in Evin prison and the situation in other prisons.