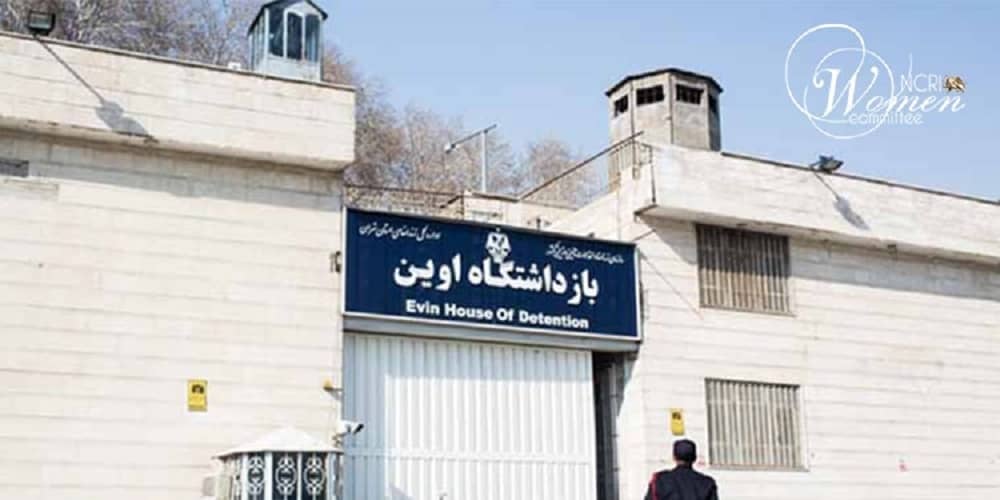 The mullahs’ regime is still trying to cover up its great crime in Evin prison. While reiterating the need for an international delegation to visit Evin prison, the Iranian Resistance sheds further light on this disaster and the regime’s subsequent actions against the prisoners. The reports are based on the statements and accounts of eyewitnesses who are ready to testify in international courts:

1. Known by its Farsi acronym NOPO (Niroohay-e Vijeh Pasdar Velayat), the IRGC’s Special Force protecting the Supreme Leader, not only used bird shots but also targeted the prisoners inside Ward 7 and 8 with live ammunition. The prisoners found bullet casings in the prison area.

2. The guards were hurling some explosives at the prisoners. One of these explosives exploded under the feet of a prisoner, and his leg was severely injured, and he underwent surgery.

3. After the shooting, the NOPO, and the special unit forces made the prisoners lie down on the ground and beat them to the verge of death. The IRGC Colonel Mahmoudi, the commander of the prison protection unit, stumped on the heads, faces, backs, and wounds of the prisoners who were lying on the ground. He hit the prisoners on the head with a baton, including Maysam Dehbanzadeh and Loqman Aminpour, so much so that they were on the verge of death. Mahmoudi’s brutality was to such an extent that the members of the special unit, who had shot the prisoners themselves, tried to stop him. Two other criminals named Tavakoli and Karbalai, along with Mahmoudi, were severely torturing and tormenting the prisoners. They hit the sensitive body parts of a prisoner named Salmanzadeh, so severely that he has been writhing in pain for several days. His 14-year-old son was one of the martyrs of the 2019 uprising.

6. Pellets remain in the bodies of many prisoners who were shot. Despite the prison doctor’s order, they have not been sent to the hospital, and have only been given antibiotics.

7. In an unprecedented action, the correctional officers handcuff the prisoners to take them for visitation. Most of the prisoners did not accept this treatment and went on strike.
8. Following the brutal suppression of Evin on the evening of October 15, the Ministry of Intelligence has been interrogating and torturing several political prisoners. Among them, Loqman Aminpour is currently under interrogation in Ward 241 of Evin, and there is no information about his fate.

9. On October 19, the state-run Asre Iran website reported that following a visit to Fashafouyeh prison on October 18 by members of councils and the internal affairs committee of the regime’s parliament, Ahmad Alireza Beigi, a parliament deputy, said: “Due to the disturbance in Evin prison, nearly 1,300 prisoners from Evin prison have been transferred to Fashafouyeh prison, and this prison is not capable of handling this number of prisoners.”

10. On October 18, the Iranian Resistance announced that the attack on Evin had been premeditated. Today, October 20, Reuters news agency quoted six sources as saying: “Two days before a fire ripped through a section of Iran’s Evin prison and killed at least eight people, a riot police unit arrived at the compound and began to patrol the corridors, shouting ’God is Greatest’ and banging batons on cell doors. The patrols at the Tehran jail began without any apparent provocation by inmates, the sources said. These patrols continued from Thursday to Saturday, when some prisoners reacted by shouting for the downfall of Supreme Leader Ayatollah Ali Khamenei, echoing protests raging across Iran since September.”

11. The regime is on an extraordinary security alert in Qezal Hesar prison, and the correctional officers are on alert. They have mounted a 50-caliber machine gun on the roof of the prison’s unit 2.

12. Several political prisoners in Mashhad’s Vakil Abad prison, including Mohammad Javad Vafai Sani, a political prisoner, and supporter of the People’s Mojahedin Organization of Iran (PMOI/MEK), have been transferred to the detention center of the Ministry of Intelligence for interrogation.

On October 16, Mrs. Maryam Rajavi, the President-elect of the National Council of Resistance of Iran (NCRI), urged the international community to urgently send an international fact-finding mission, along with a representative of the Iranian Resistance, to Evin prison and examine the effects of crimes against humanity in Evin and on the bodies of inmates. If the clerical regime is telling the truth that it has not committed any crimes, it should accede to a visit by this fact-finding mission.

Secretariat of the National Council of Resistance of Iran (NCRI)
October 20, 2022