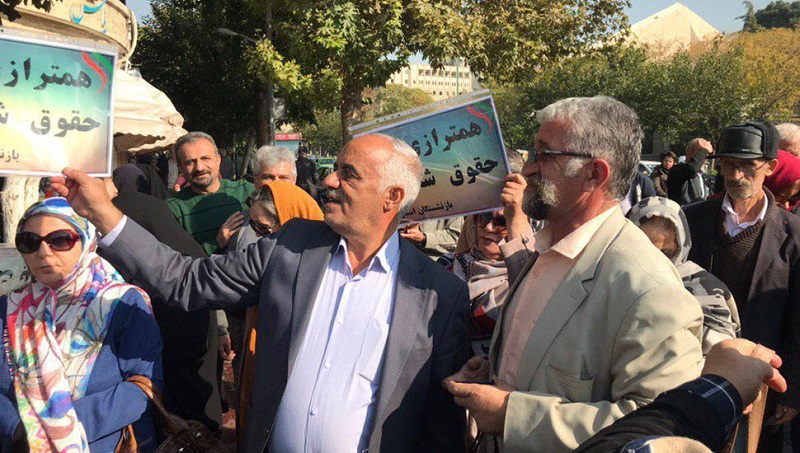 Today, November 12, 2019, a large group of : Gathering by Retirees in , Violent Assault by Suppressive Forces

The suppressive forces surrounded the protesters, took away and tore apart their banners and placards, and repeatedly ordered the people to disperse, threatening them with arrest. Baton-wielding anti-riot forces and plainclothes agents attacked the crowd and severely beat them, detaining a number of the protesters.

They also seized people’s mobile phones to prevent any filming and photography. The suppressive forces had shut down all street vendors, public bathrooms, and shops in the area to prevent the protesters from entering them.

The Iranian Resistance hails those gathering outside the Majlis and calls on the United Nations High Commissioner for Human Rights and other human rights organizations to take urgent measures to secure the release of those detained.

Previous articleDaily Star: Death Commissions in Iran Responsible for the Massacre of 30,000 Political Prisoners
Next articleUN Urges Iran Regime to End Torture, Execution of Minors and Discrimination Against Women