Iran: Spread of Protests by Ahvaz Residents to Other Cities of Khuzestan Province 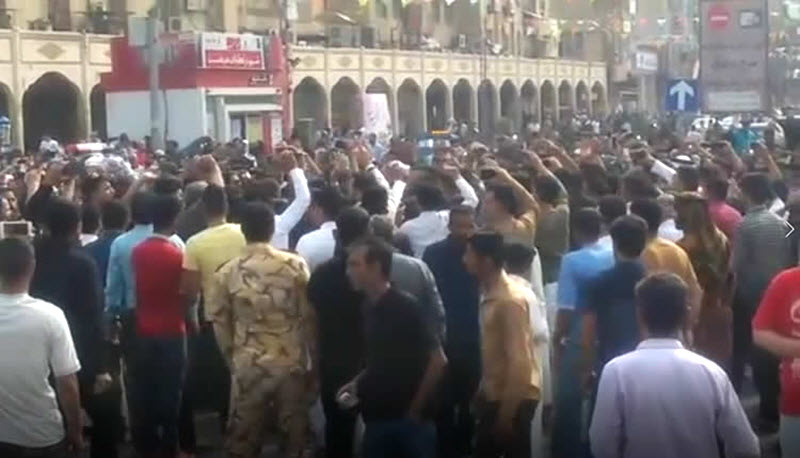 A large number of protesters arrested; call for their release

On Thursdays and Fridays, March 29 and 30, the rallies of Iranian Arab citizens in Ahvaz and other cities of Khuzestan continued to protest the repressive and discriminatory policies of the clerical regime.

Police mercenaries and anti-riot guards threw tear gas and attacked demonstrators in the city of Kut Abdullah with batons and opened fire at them. Clashes between people and repressive forces continued for hours.

On Friday night, protest rallies of Iranian Arab citizens against the religious fascism ruling Iran spread to some other cities such as Abadan, Mahshahr, Hamidiyeh and Sheyban.

During the anti-government protests in Ahvaz and other cities, a large number of people, especially young people, were arrested. Groups of women are among those arrested.

In yet another development, the workers of the Haft Tapeh Sugar Cane Complex gathered outside the factory on Friday for the fourth straight day of their new round of protests. This protest rally continued until night. The day before, the city of Shoush was the host to the protest of the workers. They moved to the governorate of Shoush with cars and motorbikes. Four workers were arrested on Thursday in clashes with law police and intelligence forces.

The Iranian Resistance calls on the international human rights organizations to condemn the repressive actions of the mullahs’ regime and to take urgent action for the release of the arrested in the recent protests.

Secretariat of the National Council of Resistance of Iran
March 31, 2018