Iran: Strike and Protest of Workers of Ahvaz Steel and Haft Tappeh Sugar Cane Mill and Support of Other Workers 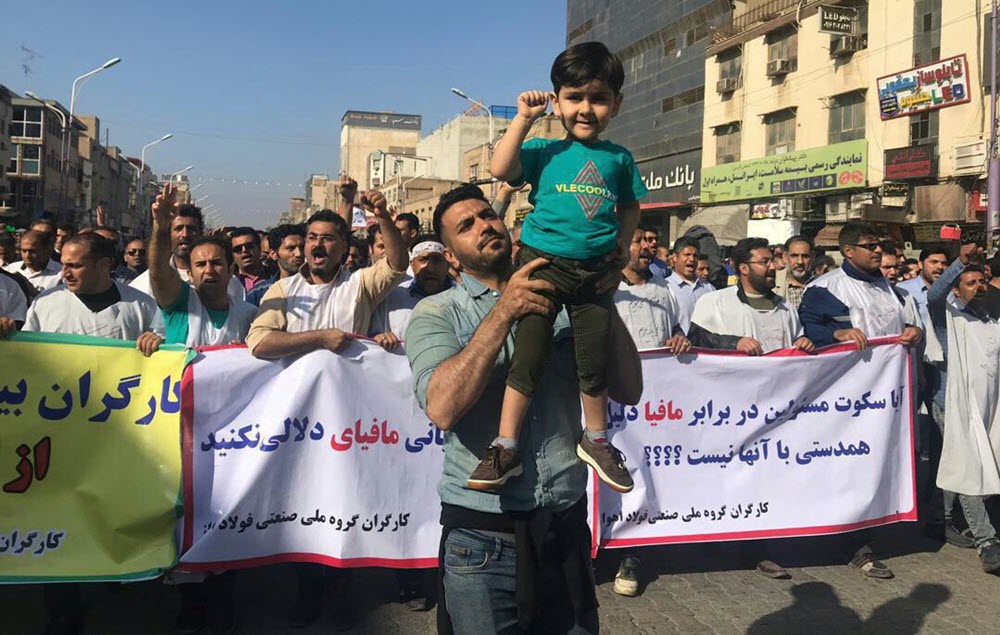 The brave workers of Ahvaz Steel started their thirtieth-two day of strike on Tuesday December 11 with a rally in front of the governorate of the regime in Ahvaz. Many workers had white shrouds on which slogans such as “We stand, we die, we do not accept humiliation” was written. Workers were chanting: Lest we accept humiliation; neither threat, nor prison, they are no longer useful; student, worker, unity; imprisoned worker must be freed; imprisoned student must be freed; neither ruler nor the state, can overcome the worker; neither ruler, nor the state, think about the nation; inflation, high prices, respond Rouhani; our country is a thief house; it’s unique in the world; liar Rouhani, where is your claimed key to solve the problems? Our disgrace, our disgrace, our radio and TV.

At the same time, 1,500 seasonal and day-work workers of the Haft Tappeh Sugar Cane Complex gathered in front of the building’s administrative office to protest the uncertainty about their job status and false promises of the regime.

Meanwhile, in Tehran, a group of workers gathered in front of the parliament in support of the hard working workers of the Ahvaz Steel National Industrial Group and the Haft Tappeh Sugar Cane workers. They called for the release of detained workers, the striking workers’ job security, and the cutting off the hands of the government’s mafia in these industries.

Borujerd municipality workers also protested in front of the regime’s governorate in the city against their dire livelihood conditions, and corruption and embezzlement of Alaeddin Boroujerdi, former chairman of the National Security Committee of the regime’s parliament, and his affiliates. Khorasgan disadvantaged farmers in eastern Isfahan are also continuing their sit-ins and are demanding their water right for fall cultivation and addressing their problems.

Secretariat of the National Council of Resistance of Iran
December 11, 2018