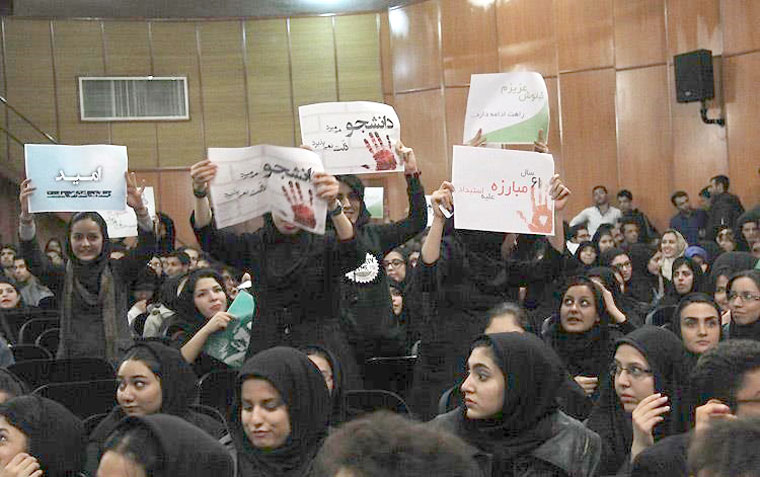 This program was finally held at Iran Medical Science University located in a remote area.

Through the imposition of extreme security measures, the regime’s officials prevented students from entering the conference hall where the program was held.

Nevertheless, during Hassan Rouhani’s speech, students questioned him on the recent high increase in the price of bread.

Students chanted “Independence, freedom, republic of Iran” in an expression of opposition to the rule of clergy in Iran.

The suppressive elements used batons to beat up those who were filming.

At Tehran University’s College of Engineering and at Iran University of Science and Technology, students shouted “Political prisoners must be freed”. The students at Allameh University shouted the slogan “Neither Gaza nor Lebanon, I sacrifice my life for Iran”. The anti-riot forces prevented students from taking pictures and filming.

The IRGC Brigadier General Mohammad Bagher Qalibaf, Mayor of Tehran, who was expected to speak at Tehran’s Sharif University, cancelled his program in fear of student protests. The plainclothes agents at this university prevented students from taking pictures and filming.

At Tehran University of Art, the regime’s elements, fearing disturbances, prevented students from participating in a state-organized program. The students staged a gathering outside the university.

In the city of Bandar Abbas (southern Iran), at Hormozgan University, a protest by students began at 2:30 pm.

Students who had gathered at the university’s entrance gate shouted “Political prisoners must be freed”, “Imprisoned students must be freed” and “Hassan Rouhani, what happened to your promises?”

In the city of Babol (Northern Iran), despite disruptions by agents of the Herasat Office (office representing the Ministry of Intelligence and Security at the university), the students at Noushiravan University managed to hold a protest.

They shouted “Student dies rather than succumb to oppression”.

Intelligence agents from the Herasat Office at the university strictly controlled the students to prevent the spread of the protest outside the university.

Students held signs that read: “Here is a university, not a garrison”.

Protests also were held in universities in the cities of Esfahan, Shahroud and Qazvin.

Secretariat of the National Council of Resistance of Iran
December 7, 2014 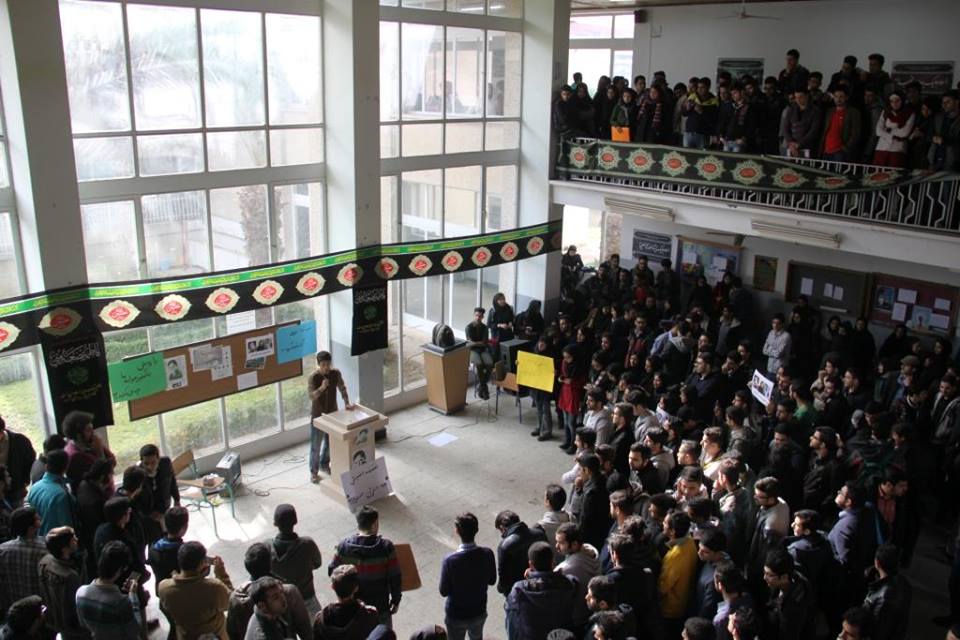 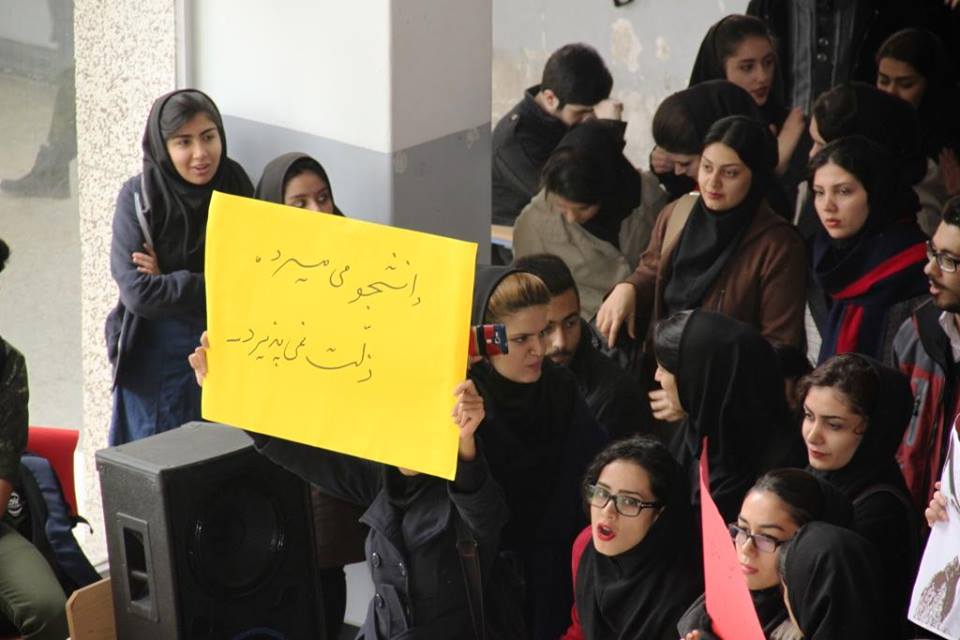 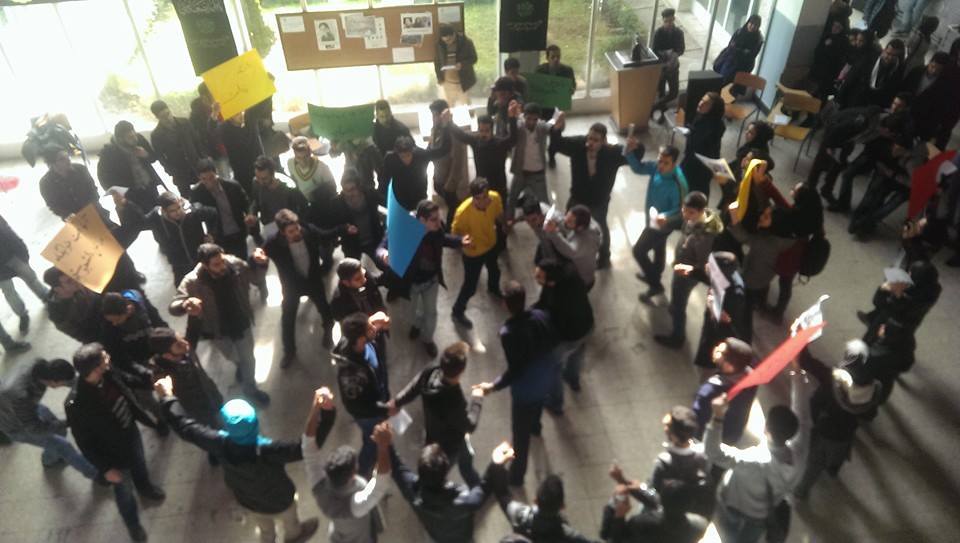 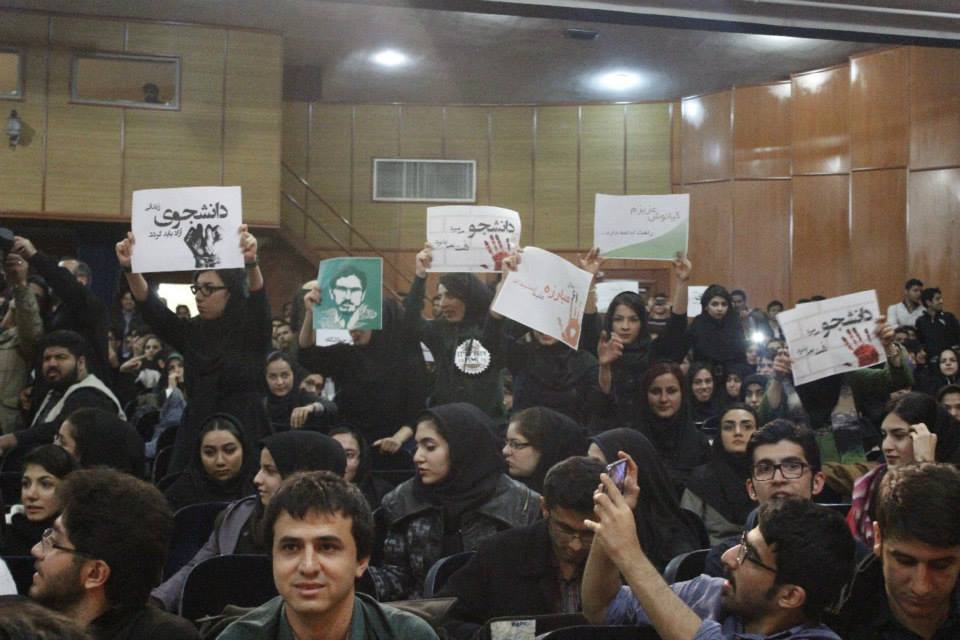