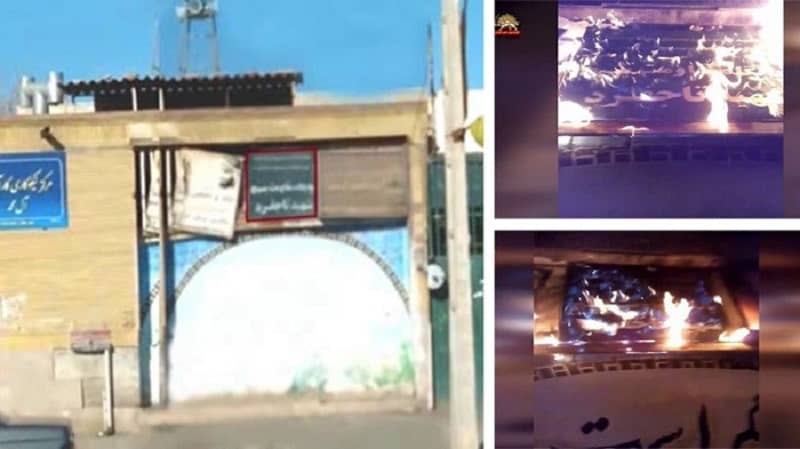 In response to the execution of political prisoner Mir-Baluch Zehi

At dawn, Tuesday, December 29, 2020, and despite the State Security Force being on maximum alert, defiant youth targeted Revolutionary Guards’ mobilization centers in Tehran and Sabzevar and set fire to their entrances.

This was in response to the execution of the political prisoner, Abdul Hamid Mir-Baluch Zehi, hanged at the behest of the IRGC’s Intelligence Organization. After enduring five years of torture and imprisonment

Secretariat of the National Council of Resistance of Iran (NCRI)
December 30, 2020

Previous articleIran’s Regime Takes People’s Lives Hostage by Not Procuring Covid-19 Vaccine and Blaming It on Sanctions
Next articleIran News in Brief – December 31, 2020

Given the country's infrastructure, and while Saeed Namaki, regime's Health Minister expressed his deep concerns over the "new rise of the disease" and...
Read more
Statements

Member of the Scientific Committee for Vaccine Research: The two vaccines produced in the United States, Pfizer and Moderna, have used a very...
Read more