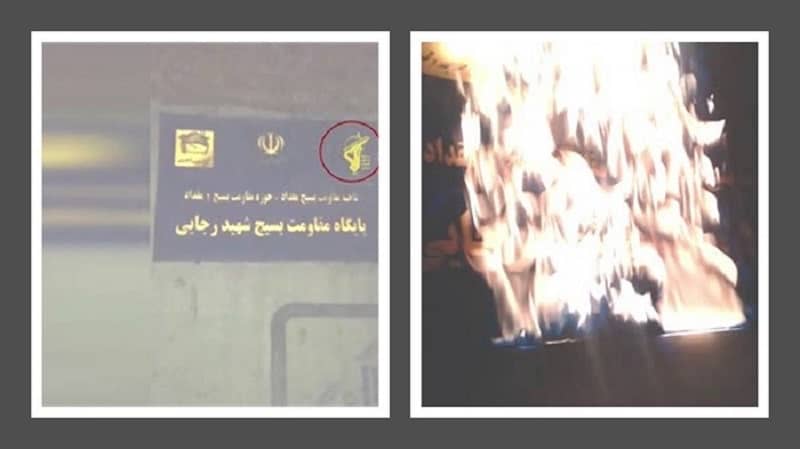 On Thursday morning, January 14, 2021, defiant youths targeted three of IRGC repressive Basij bases in different parts of Mashhad, (northeast Iran) and set fire to their entrances’ signs and banners. These actions were taken in response to the brutal repression of young job seekers in Ahvaz on Tuesday, January 12.

Youths living in Abu-Sokheyr region (40 km from Ahvaz), were protesting because of the unfulfilled promise of getting employment, outside the Salman Farsi Sugarcane Company. They were attacked by the State Security Force (SSF) which attempted to disperse them. During this clash, several youths were injured and some arrested by the SSF.

Secretariat of the National Council of Resistance of Iran (NCRI)
January 15, 2021