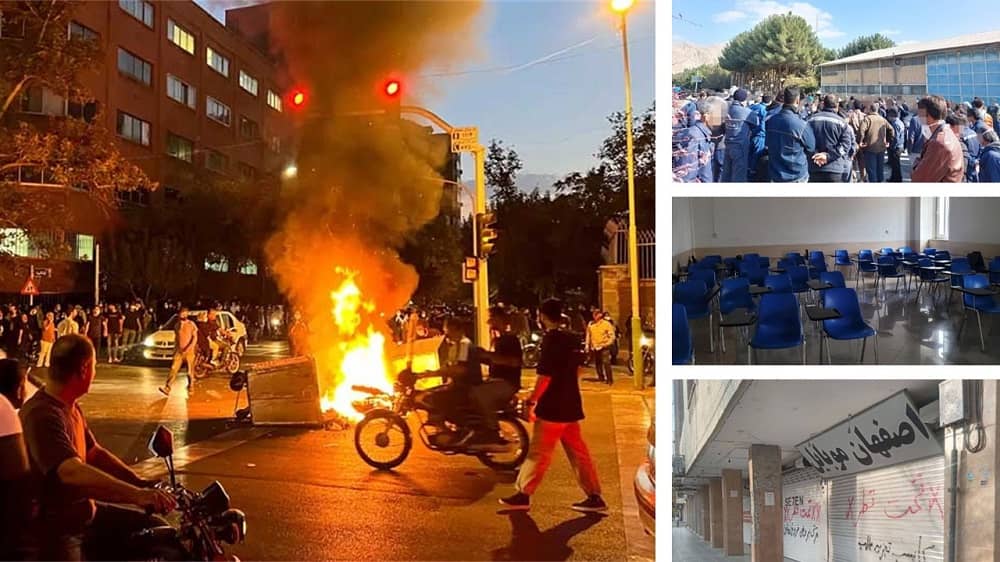 Second day of bazaar strikes in Tehran and other cities. Sit-ins, and demonstrations by students across Iran

On Tuesday, December 6, the 82nd day of the nationwide uprising, bazaars’ strike throughout the country continued for the second day running. In Tehran, shops in Lalezar, Zargaran, and Reza bazaars, Sohravardi, Sadeghieh, Takiyeh Dowlat, Saadi Street, Narmak, Ekbatan, and many other areas continue with their strike.

December 6 – Sarableh, western #Iran
Locals are on strike and continuing the nationwide protests against the regime on the 82nd day of the uprising.#IranRevolution2022#اعتصابات_سراسری pic.twitter.com/q8wDPHg8CO

Students in Tehran at Sharif, Allameh, Language and Literature Faculty of Tehran University, Azad Tehran of Sohanak, Azad Tehran North, and Khajeh Nasir universities and in other cities, at the Azad University of Tabriz, Kurdistan University of Sanandaj, Sanandaj Technical University for girls, Noshirvani University in Babol, Azad in Qazvin, Beheshti Technical University in Karaj, Isfahan and Khorasgan universities staged sit-ins and strikes for the second day running. Among others, students were chanting, “Their promises are hollow. Their answer is revolution.”

December 6 – Tehran, #Iran
Students of the Sharif University of Technology protested the presence of Tehran Mayor Ali-Reza Zakani on their campus.#IranRevolution2022#مرگ_بر_ستمگر_چه_شاه_باشه_چه_رهبر pic.twitter.com/nkfX7SKuMh

December 6 – Tehran, #Iran
Locals in the Ekbatan district continuing the nationwide protests against the regime on the 82nd night of the uprising.#IranRevolution2022#مرگ_بر_ستمگر_چه_شاه_باشه_چه_رهبر pic.twitter.com/iUYKuh4dYu