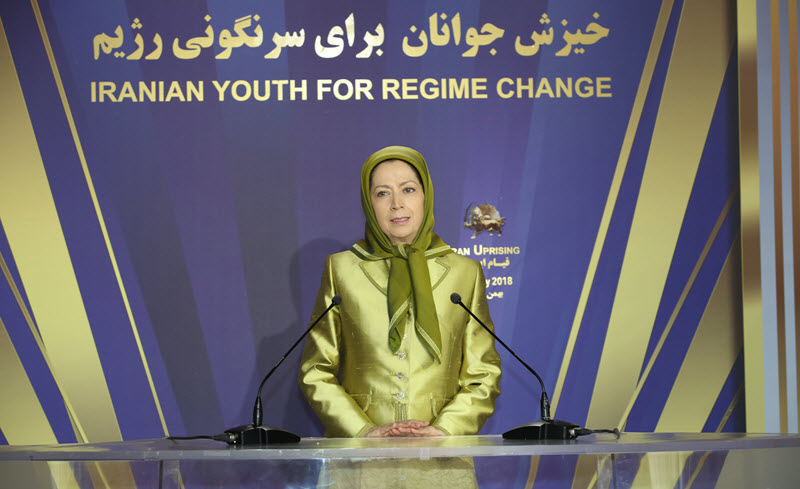 Despite regime’s vicious crackdown, Kazerun residents have carried on with their protests and demonstrations

The people of Kazerun took to the streets once again this morning, Thursday, May 17, 2018, in protest to the clerical regime’s atrocities last night. The protesters were again attacked by the State Security forces and clashes broke out. Shootings and tensions have continued throughout the city.

Wednesday night, the regime’s intelligence and State Security forces opened fire on people, killing a number of people protesting against the arrests of a large number of the city’s youths. More were wounded or arrested. At least two persons were shot to death according to reports from inside Iran.

President-elect of the National Council of Resistance of Iran, Mrs. Maryam Rajavi, hailed the heroic martyrs of Kazerun and the city’s brave and bereaved people. She has called for the immediate release of those arrested and urged her compatriots to rush to the aid of those wounded. Mrs. Rajavi also called for the dispatch of a UN investigative delegation and a representative of the UN High Commissioner for Human Rights to examine the situation first hand.

In the wake of the regime’s criminal attacks Wednesday night on the defenseless people of Kazerun, the PMOI’s Social Headquarters inside Iran called on the residents of Kazerun and nearby cities to rush to the aid of the wounded and victims and support those arrested.

The Iranian regime has disconnected Kazerun’s access to the internet and social media since last night to prevent spreading of the news of the city’s uprising. However, the ensuing clashes have been so extensive that the regime’s officials and news media had to make admissions on these protests.

Hadi Pajouhesh Jahromi, deputy to the Governor of Fars on political and security affairs, admitted that nine persons were wounded in the clashes last night (May 16, 2018), one of whom passed away in hospital. He added, “This morning (Thursday), too, a number of people some of whom carried cold weapons started gathering. They attacked the State Security forces and set fire to two police vehicles.” (The state-run IRNA news agency, May 17, 2018)

Ironically, the Governor of Fars Province, Esmael Tabadar, had earlier proclaimed, “The situation in this city is completely under control” and “there (only) are scattered skirmishes.” Obviously upset at the dissemination of reports on the protests in Kazerun, Tabadar urged the residents “to ignore and not trust the news broadcast in the social media and foreign networks on the incidents” and “pursue the vaild news only through official news agencies and media.” (The state-run ISNA news agency, May 17, 2018)

The state-run Fars News Agency which is affiliated with the Revolutionary Guard Corps (IRGC) reported, “A man was killed and six were wounded following the clashes last night in Kazerun… Extensive protests have taken place in Kazerun over the past two months. It has been estimated that over 5,000 people took part in some of those protests.”

The Secretariat of the National Council of Resistance of Iran
May 17, 2018