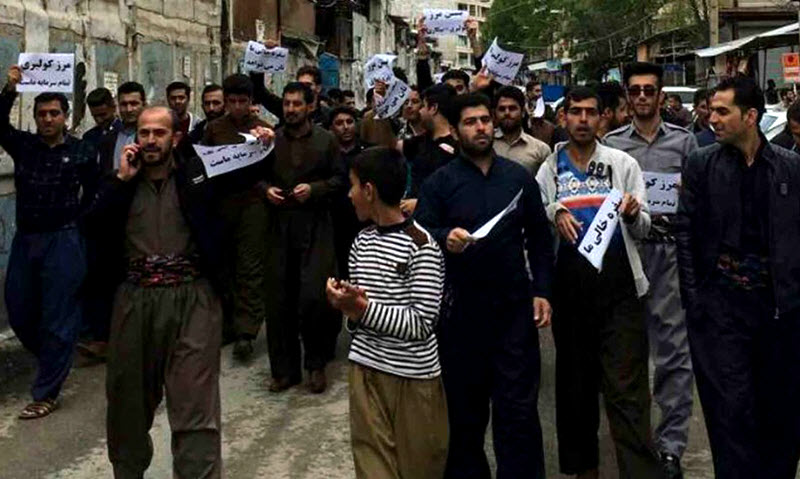 Concerns about the severity of the deadly economic crises and the fear of a storm that will destroy the integrity of the regime can be seen in many statements by regime officials at various levels, as well as Majlis representatives and government media these days. While revealing the betrayals and plunders of the rival gang, each faction blames and threatens the other.

Eshagh Jahangiri, the regime’s first vice president, said: “The issue of Kazeroon should be resolved, people cannot come to the streets every day, and there are some people who are taking advantage of this issue to pursue their slogans. The issue of Yazd, Zayandehrood and Khuzestan is like the single exchange rate issue and these issues should not turn into a crisis and continue… We should not allow problems to become political, social and security challenges. (ISNA News Agency – April 21)

Amir Khojasteh, MP from Hamedan addressed the regime’s Minister of Economy Massoud Karbasiyan on April 22. While explaining the critical economic situation and disparity in the government’s economic team, and emphasizing that he cannot raise many of the information in order to prevent provocation in the society, he warned: “If you do not sort these out, swear to the God, the people will make their decision on us … They will curse and will tell us what kind of supervision we have in the Majlis.

He added: “$30 billion were taken out of the country during recent foreign exchange crisis … The value of the national currency has gone to its minimum. This is a disaster … The salary of an employee, a teacher, and a worker is halved … They say they are crushed under the economic pressure. There is a skyrocketing increase in prices … More than 400 trillion tomans of people’s deposits are wasted … Some banks have used 80 percent of public deposits in construction, building towers, non-banking activities … and the people who deposited 40 to 50 million tomans to make their lives improve, their money has been plundered …. Everywhere there is smuggling … The smuggling mafia manages all …”

Khojasteh emphasized that while liquidity has risen to 1,500 trillion tomans, there are no plans to control this liquidity, and the Central Bank employs its own men rather than employing specialized and elite people.

Another member of Majlis, Nahid Tajeddin, said on April 22: “Our administration system is institutionalized in discrimination and this issue has tuned into a law and has eroded manpower. Out of the 24 million people who have job, 17 percent, and some say 11 percent, are satisfied with their jobs … The official government forces receive more than four times the state-contracted forces … and out of the 13 million workers in the country, more than 11 million are temporary contracts.

Meanwhile, Marashi, a spokesman for the Kargozaran faction said: this dissatisfaction is important … Only the Guardian Council, the Guard Corps, the Basij and the radical hardliners have not made a mistake. We have also made a mistake. (The system) is not capable of tolerating our and their successive mistakes… A small event in Mashhad (in January) caused unrest in 84 cities in Iran. If there will be a major loss, who can resolve it? (State run daily Jomhouri Eslami-April 21)

Four decades of the rule of corrupt and criminal mullahs have destroyed Iran’s economy and the only way out of this crisis is to overthrow this medieval regime and establish democracy and the rule of the people.

Secretariat of the National Council of Resistance of Iran
April 26, 2018