Skirmishes in Tehran Streets, Uprising Spreads to Other Cities 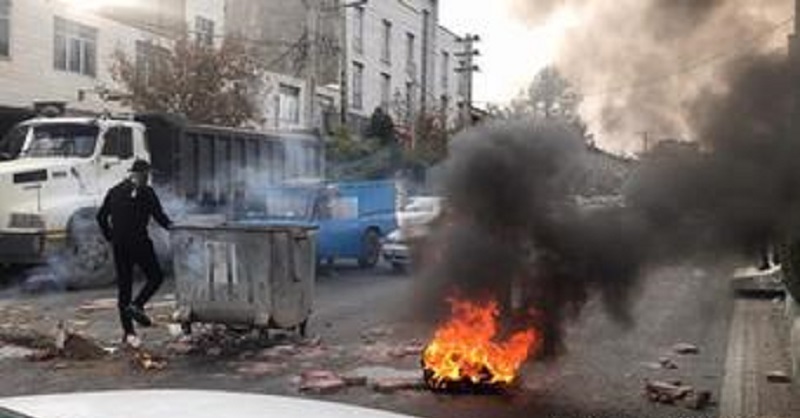 Narmak district
Protests continue with locals chanting, “Down with the dictator!” in response to the regime’s petrol price hikes.pic.twitter.com/xdCn4zh7WX

The young people also set fire to tires blocking all the highways connected Mohammad-Abad with Karaj as well as the main highway to Robat Karim. The also torched a State Security Force base in Vaeen region of Karaj.

In Islam-Abad, Kermanshah Province, extensive clashes erupted between the youths and the suppressive forces. In Gilan-e Gharb and Pol-Dokhtar anti-government protests were held.