Terrified of the Sham Parliamentary Election Boycott, Rouhani Desperately Pleads: Don’t Stay Away From the Polls 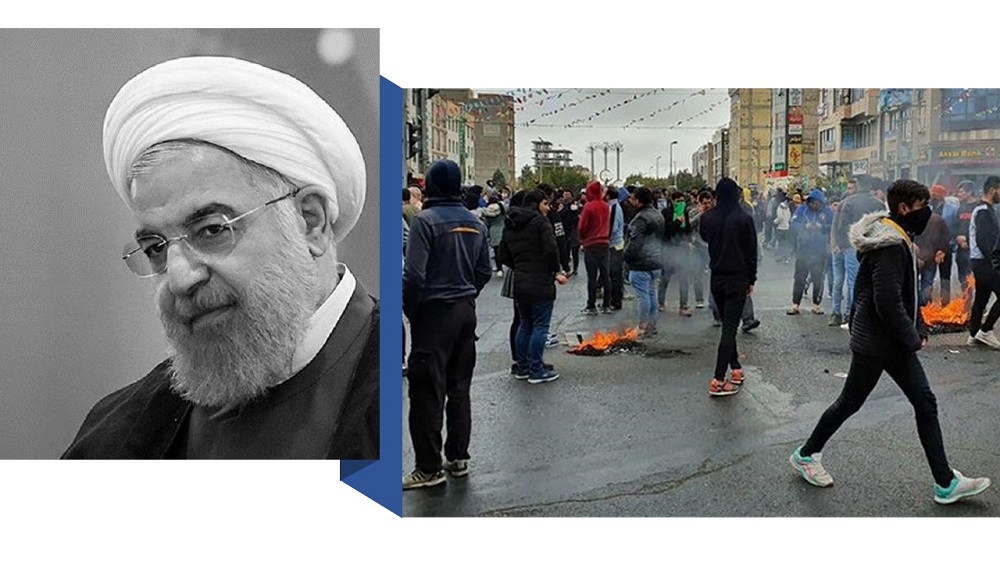 Today, the overwhelming majority of the Iranian people ignored and boycotted the state-orchestrated rallies on the anniversary of the anti-monarchic revolution in Tehran and other cities. This was while the mullahs’ regime had allocated all government resources, including the IRGC, the paramilitary Bassij, government offices and agencies, and foreign mercenaries to mobilize a large crowd. The heavily-edited and montaged videos broadcast on state-run television clearly displayed the boycott.

In his remarks, Hassan Rouhani bragged about a series of false and deceitful figures about economic progress during his presidency, and heaped praise on Qassem Soleimani, calling him a “battlefield commander and a top diplomat, who gave Iraq, Syria and Lebanon stability, and the region security… a man of war and peace, a war that leads to peace; a peace that makes us strong enough not to let the war begin.”

Rouhani’s remarks, however, vividly demonstrated his fear of an election boycott. He devoted more than half of his speech to the importance of participating in the election. As public repugnance and protests against this masquerade escalate further, he repeatedly and desperately pleaded with the people to participate in this sham election and to not stay away from the polls.

Having described this very election a selection and fraudulent earlier, Rouhani impudently said, “One of our highest nationalist and religious values is to elect and the power to elect, to be able to choose a better path among several paths. There should be criticism and we should criticize. But I implore that there should not be apathy, we must not become passive. We should not stay away from the ballot box because of this act or that act. We must not stay away from the ballot and the election. Regardless of the circumstances, we must go to the ballot box…. The election and the ballot box are our saviors”, meaning the savior of religious dictatorship.

On January 15, Rouhani had said, “Don’t tell the people that for every parliamentary seat there are 17, 170 or 1,700 candidates. From how many factions? One? This cannot be an election. One cannot run the country with one faction.” And on January 27, he referred to systematic election fraud: “At any rate, we were unable to make voting electronic… Why is it that someone reads the ballot, the other marks it; it is not clear what that person is reading and what this person is marking… In the end, when they want to compile (the tally), there is a mess… In many elections, compilation runs into problems.”

Mrs. Maryam Rajavi, the President-elect of the National Council of Resistance of Iran (NCRI), reiterated that the Iranian people had cast their real vote in the November 2019 and January 2020 uprisings with chants of “death to the principle of the velayat-e faqih, and death to Khamenei.” She added, the pathetic pleas by Rouhani only arouse the Iranian people’s hatred and revulsion toward the ruling mullahs, making Iranians ever more resolute in boycotting this illegitimate election. Boycotting this sham is a patriotic duty and the Iranian nation’s bond with the martyrs, especially the 1,500 massacred during the November 2019 uprising, Mrs. Rajavi said.